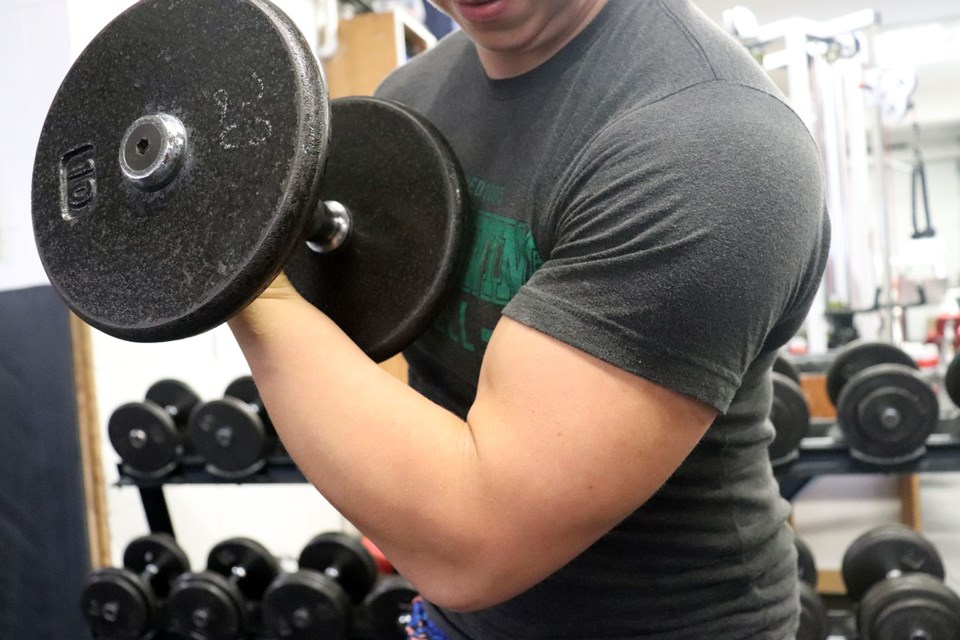 Tara Webber of Prince George shows off her muscles at X-Conditioning. (via Kyle Balzer)

An anticipated weightlifting competition hosted in Prince George was postponed earlier this year out of public health concerns revolving around COVID-19.

It was originally set to take place May 23 at X-Conditioning, but the organizing committee made the decision to press pause on April 8 out of respect for physical distancing and recommendations by B.C. Provincial Health Officer Dr. Bonnie Henry.

The tournament consists of several different strength tests, such as full powerlifting, bench-pressing, squats and deadlifts.

The WCPC also acts as a qualifying stage for the World Powerlifting Organization Super-Finals in Chicago, which have been postponed as well.

As of this publication, there are 64 positive COVID-19 cases in northern B.C., but 63 of which have fully recovered.

In the province, there are 2,623 confirmed cases with 2,243 recoveries, but Dr. Henry’s recommendation on gatherings of more than 50 people remains in place.

CPF WESTERNS DATE IS SET - SATURDAY, AUGUST 22 ⠀⠀⠀⠀⠀⠀⠀⠀⠀ An email has gone out to all registered lifters regarding the changes to the date. ⠀⠀⠀⠀⠀⠀⠀⠀⠀ Let’s do this! #powerlifting #strength #squat #benchpress #deadlift #cpf #xconditioning @the.cpf @xconditioningprincegeorge @xconditioning

Prince George Special Olympians Power-lift their way to victory
May 5, 2019 2:24 PM
Comments
We welcome your feedback and encourage you to share your thoughts. We ask that you be respectful of others and their points of view, refrain from personal attacks and stay on topic. To learn about our commenting policies and how we moderate, please read our Community Guidelines.