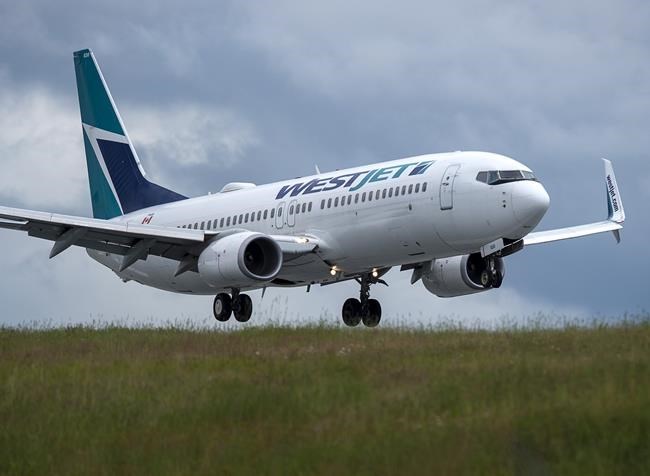 WestJet Airlines Ltd. is offering refunds to customers with European flights that it cancelled due to the COVID-19 pandemic.

A notification sent by the airline to travel agents states that travellers with flights to or from Europe that were scheduled to depart between March 1 and Oct. 31 of this year can be reimbursed within four weeks.

The policy marks a shift from the airline's previous stance that offered flight credit or no-fee rebooking rather than reimbursement for trips that were cancelled as airlines halted the majority of their flights amid border shutdowns, quarantines and a collapse in travel demand.

In June, WestJet adopted a similar approach to refunds for cancelled flights to or from the United States or United Kingdom.

WestJet's policy stands in contrast to that of Air Canada, which has announced refund offers for travellers with flights departing from Europe but not for customers whose trips originated in Canada.

WestJet did not say what prompted the change.

The Calgary-based company said in its note to travel agents that clients with cancelled domestic flights or trips to Mexico or the Caribbean will receive information on refunds "at a later date."