What ever happened to Prince George’s Sandblast? 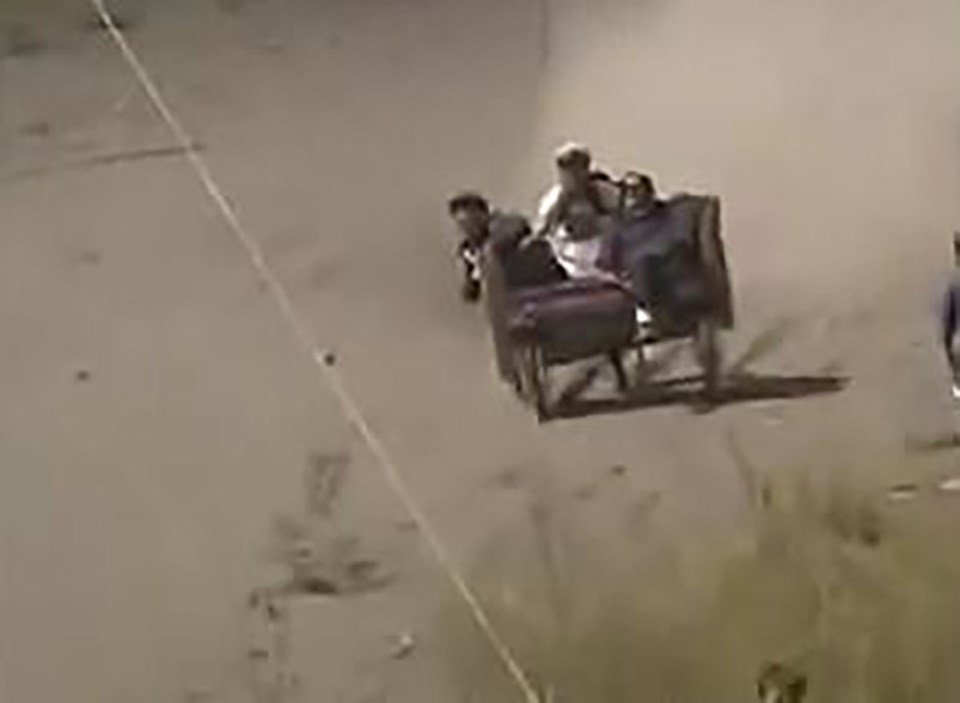 The couch prior to the event-ending crash at the 32nd annual Sandblast in 2003 (via YouTube/Oilers84).

One of the most unique things to happen in Prince George has to be the Sandblast — the annual race down the cutbanks using skis, snowboards, bikes or just about anything.

What eventually became an event where people raced unconventional objects down the cutbanks, actually started in 1971 as a summer skiing competition.

The first Sandblast saw participants race down the sand on the steep cutbanks using snow skis. The Exploration Place actually has the pair of skis that Bob Nelmes used to win the first ever Sandblast competition.

Although the Sandblasts are now a relic of a bygone era, memories and old footage of the events resurfaces on the Internet once in a while.

YouTube video footage of the final Sandblast event held in 2003 was recently trending on Reddit. The clip shows a crash, which sent five people to the hospital and ultimately ended the competition.

The incident, which took place during the 32nd annual Sandblast, was even featured on the Discovery Channel in 2008 during an episode of Destroyed in Seconds.

So what exactly went down?

Unfortunately, when they set off down the slope, they lost control of their couch contraption and it veered off course.

The couch slammed into some spectators watching from the sidelines. It flipped and sent the three men flying.

The couch ran directly into Sandblast volunteer Julie Middleton and eight-year-old Meara Morse. All five people were sent to the hospital with various injuries.

The organizer of the Sandblasts that year was Neil Hagreen, who detailed the events of the crash in a 2003 Prince George Free Press article.

He said the men had tested the couch prior, at Rainbow Park, where the slope and terrain are very different than at the sandy cutbanks.

In the article, the Regional District of Fraser-Fort George said they weren’t aware of the furniture-racing aspect of the competition. (The regional district was the one who had to issue the permit for the event.)

Permitting dealt with spectator safety and fencing at the top of the hill, rather than the devices used to race down the slope.

Although the five people taken to the hospital were not seriously hurt, because of this incident and the rising insurance costs, organizers never held the event again.