LTM Park Pavilion and Wood Lab could be recognized for excellence
Feb 7, 2019 4:20 PM By: Hanna Petersen 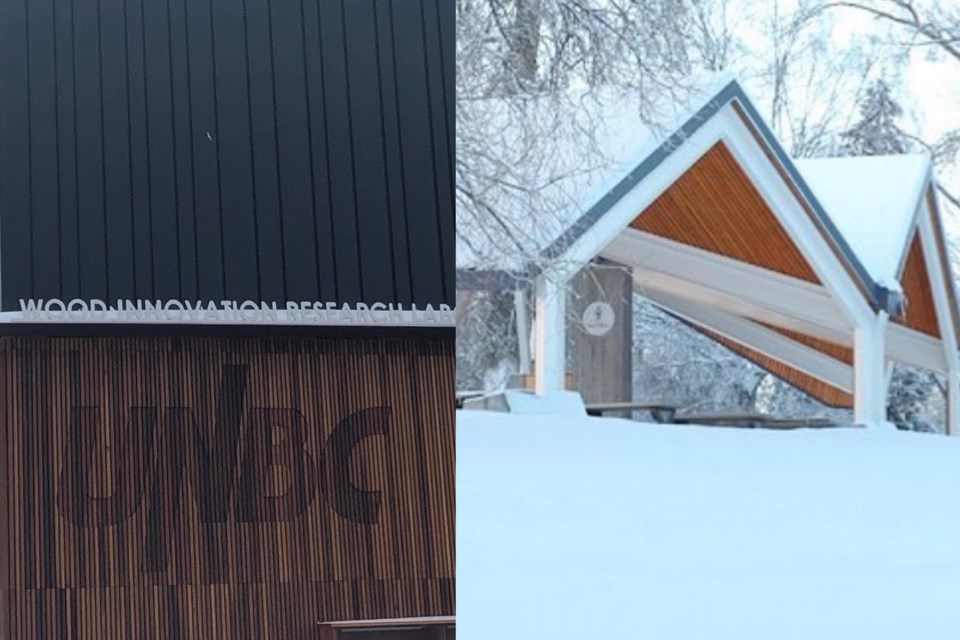 If there’s one thing Prince George does well, it’s wood.

The park pavilion, which opened in June 2018 on National Indigenous Peoples Day, replaced an older picnic shelter at the site; it was hosted four days of cultural events and performances.

It was developed as a partnership between the City and Lheidli T’enneh.

The design reflects a shared vision for a space in the park that is accessible for gatherings, performances, picnics, and other events.

It also highlights and celebrates the cultural significance of the landscape, including the confluence of the Fraser and Nechako Rivers, which is depicted in the concrete pad next to the pavilion.

A prominent feature of the structure is the angled roof which is made of Douglas-fir panels.

The Wood Innovation Research Lab opened a month prior to the pavilion and is also the first facility built to a passive house standard in Prince George.

This standard applies to buildings that are at the highest levels of performance with regards to energy efficiency.

Two structures in the #CityofPG have been nominated for Wood Design Awards. On March 4, Wood Works! BC will announce if the @UNBC Wood Innovation Research Lab and the Lheidli T’enneh Memorial Pavilion are winners. Learn more: https://t.co/WVEBMtNowq #InvestCityofPG #EcDevBC pic.twitter.com/NqO9LgGck2