Banks pressed on risks in pandemic recovery amid climbing profits

TORONTO — Several Canadian banks have posted blockbuster profit growth this winter — despite the ongoing COVID-19 pandemic — but are facing questions about how long the streak will endure.
Feb 24, 2021 2:32 PM By: Canadian Press 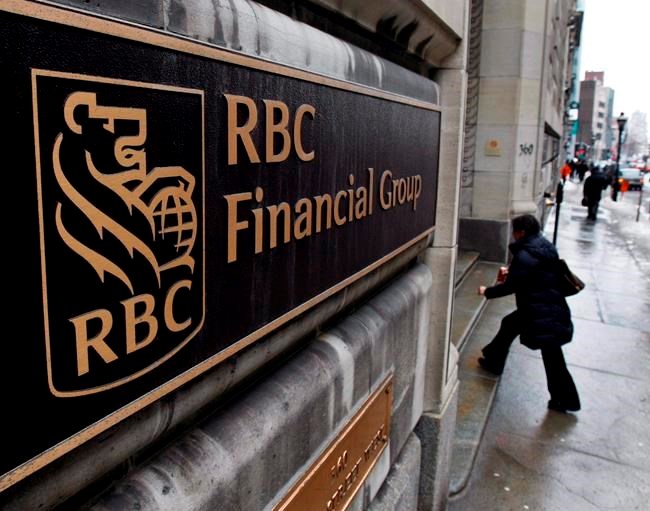 TORONTO — Several Canadian banks have posted blockbuster profit growth this winter — despite the ongoing COVID-19 pandemic — but are facing questions about how long the streak will endure.

CIBC and TD Bank Group will reveal their results to analysts on Thursday, following RBC and National Bank’s quarterly reports on Wednesday, and BMO and Scotiabank on Tuesday. Each bank so far has said its profit was higher in the three months ending Jan. 31 than in the same period last year, before COVID-19 was declared a pandemic.

On a conference call with analysts on Wednesday, one analyst noted that in a different environment, an executive might be “ecstatic” to see profits rise more than 20 per cent from the same period a year ago. Another analyst asked whether central banks have created the “perfect environment for banks to make money.”

But National Bank chief executive Louis Vachon noted that bankers are trying to be careful.

“I did allude in my opening remarks that we're seeing pockets of irrational exuberance in the markets... I think given the level of stimulus, they're likely to be more,” said Vachon.

In its quarterly financial results, National Bank noted that while a number of its COVID-19 relief programs wrapped up at the end of 2020, there are still special loans with government guarantees. National Bank executives also said that impaired provisions will increase over time as credit card spending increases and certain industries continue to struggle.

“On a comparative basis, this was even larger in terms of intervention by governments both at the fiscal and monetary side,” said Vachon, comparing the pandemic response to the economic downturn in 2008.

“I don't see — right now — major weaknesses within the regulatory part of the system.”

Vachon’s comments came after RBC’s chief risk officer, Graeme Hepworth, said the country's largest bank expects loan delinquencies to increase through the remainder of 2021, as many government support programs are scheduled to conclude this summer.

“The economy has outperformed our expectations since the onset of the pandemic,” Hepworth told analysts.

“Despite these positive developments, concerns around the new variants of COVID-19, including the efficacy of the vaccines against these new variants, and current vaccination delays, could negatively impact the timing and pace of the economic recovery.”

National Bank and RBC were not the first to face questions about the risks underpinning the rebound from the pandemic. An analyst asked BMO executives on Tuesday why there have not been more loan losses in sectors hit hard by the COVID-19 pandemic. In a separate call, Scotiabank executives were asked whether the government has socialized the losses that would otherwise be expected from the pandemic.

"I think the bottom line is that our customer assistance programs did their job," said Daniel Moore, Scotiabank’s chief risk officer. Moore said he did not expect delayed losses to rear their head at Scotiabank next year.

Executives at BMO said this week that while they are still positive on the Canadian business in the longer-term, Canada may "lag" the U.S. when it comes to the job market recovery amid a slower pace of vaccination.

"A potential adverse case includes … slower rollout of a vaccine that tips those borrowers that are barely hanging on into delinquency," Patrick Cronin, chief risk officer at BMO Financial Group, said on Tuesday.

"Those aren't our base case. But the risk of those felt higher to us quarter-over-quarter."

National Bank executives said they were keeping a close eye on cost management and number of employees. But Vachon also said that he did not think the banks’ recent success was a “fluke.”

"Eventually, the economy... will have completely recovered from the COVID crisis," said Vachon. “If we have that sweet spot of high level of financial activity, combined with an economic recovery, I think it should be a very good environment to generate revenue growth.”