TORONTO — Five things to watch for in the Canadian business world in the coming week: Business outlook Bank of Canada will release its business outlook survey and Canadian survey of consumer expectations on Monday.
Jul 5, 2020 7:00 AM By: Canadian Press 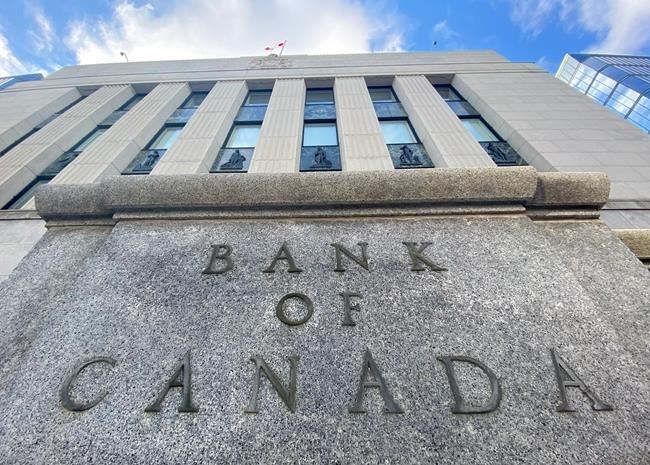 Bank of Canada will release its business outlook survey and Canadian survey of consumer expectations on Monday. The bank's previous survey revealed that business sentiment had softened in most regions of the country before COVID-19 delivered a shock to the Canadian economy.

CMHC is scheduled to release June housing starts data on Wednesday. The federal housing agency said in June that it expects a combination of factors related to the pandemic, such as higher unemployment and lower income, to slow housing starts and push sales and home prices below pre-COVID levels.

Statistics Canada will release its report on the impact of the COVID-19 pandemic on Canadian families and children on Thursday. Organizations representing child care providers from several provinces have recently said their ability to provide a safe environment in day care and foster child facilities have been jeopardized due to a lack of government funding and confusion over pandemic measures.

Shaw Communications will hold its third-quarter conference call on Friday. The Calgary-based company laid off up to 1,000 people in April, just days after it provided a cautious but hopeful financial report to analysts and said most of its business was performing well operationally during the COVID-19 crisis.

Statistics Canada is scheduled to release its labour force survey for June on Friday. The agency's previous monthly report showed that the country got back 289,600 jobs in May — which mirrored a similar bump in the U.S. — after three million jobs were lost over March and April and about 2.5 million more people had their hours slashed.

This report by The Canadian Press was first published July 5, 2020.

Record lumber prices adding thousands of dollars to new home building costs
Aug 14, 2020 11:27 AM
Comments
We welcome your feedback and encourage you to share your thoughts. We ask that you be respectful of others and their points of view, refrain from personal attacks and stay on topic. To learn about our commenting policies and how we moderate, please read our Community Guidelines.