GUELPH, Ont. — Linamar Corp. executives said this week that making ventilators for COVID-19 relief is one of many ways the manufacturing company powered through plummeting auto sales. The company based in Guelph, Ont.
Aug 7, 2020 11:26 AM By: Canadian Press 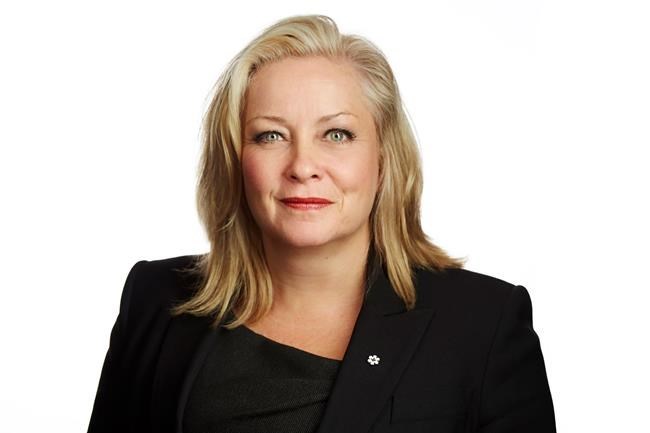 GUELPH, Ont. — Linamar Corp. executives said this week that making ventilators for COVID-19 relief is one of many ways the manufacturing company powered through plummeting auto sales.

The company based in Guelph, Ont., saw its latest quarterly sales slashed by more than half amid the COVID-19 pandemic. But Linamar, which focuses on manufacturing transportation parts and machinery, has also taken on five contracts to produce fully assembled ventilators.

“We are often questioned on how we will handle a changing landscape,” said chief executive Linda Hasenfratz. “We see technology change as only one thing — opportunity, and we will continue to chase those opportunities.”

Sales for the three months ended June 30 totalled $923.6 million — down from roughly $2.09 billion in the same period the previous year.

Second-quarter sales in its industrial segment fell 56.7 per cent and in its transportation segment 55.3 per cent, partly due to adverse conditions associated with the pandemic.

Despite the slide, Hasenfratz estimated that the second quarter is the trough or low point for the pandemic, but said that even in the case of a second shutdown, the company forecasts being profitable.

“There is still a lot of uncertainty out there and now is not the time to become complacent,” she said.

Hasenfratz said the company had cut capital spending by 18 per cent, and had scraped out about $30 million in annualized savings.

Linamar said its normalized net loss totalled $22 million or 34 cents per share for the quarter, down from a net profit of $158.3 million or $2.40 a share.

In addition to trimming travel expenses and taking advantage of government relief, Hasenfratz said the company was able to save on costs like uniform cleaning and trash collection when fewer employees were present at workplaces.

Although the workforce has seen “sporadic cases” of COVID-19 popping up, more than 90 per cent of employees are back to full-time work and the company has contained and stopped any transmission onsite, she said.

“We have had no serious outbreaks in any of our plants,” she said. Chief operating officer Jim Jarrell added that while there will be more COVID cases that pop up among car manufacturers and suppliers, there is a “commitment to keep going.”

“We've got to be doing both things: Keep people safe and keep livelihoods going,” said Jarrell.

“Electrified vehicles continue to present a great opportunity for us,” she said.

This report by The Canadian Press was first published Aug. 7, 2020.

Companies in this story: (TSX:LNR)

Trump went even further than other uber-rich to shrink taxes
Sep 28, 2020 1:52 PM
Comments
We welcome your feedback and encourage you to share your thoughts. We ask that you be respectful of others and their points of view, refrain from personal attacks and stay on topic. To learn about our commenting policies and how we moderate, please read our Community Guidelines.