MONTREAL — Quebec's workplace safety board has issued fines to nine Dollarama locations in the province for failing to respect sanitary guidelines.
Jan 15, 2021 7:57 AM By: Canadian Press 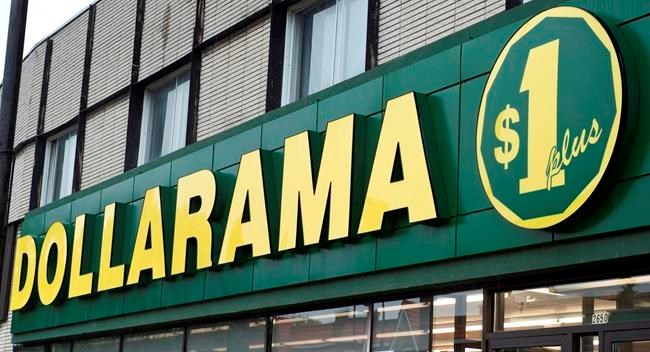 MONTREAL — Quebec's workplace safety board has issued fines to nine Dollarama locations in the province for failing to respect sanitary guidelines.

"The government wants to send a clear message: Health guidelines must be respected in every workplace to contain the pandemic," Quebec labour minister Jean Boulet said in a news release.

In its statement, the CNESST did not specify the nature of the violations by Dollarama.

The CNESST has issued 124 "correction notices" to Dollarama facilities since last March.

Dollarama workers described a lack of personal protective equipment and inadequate physical distancing at the company's warehouses and complained of improper barriers between staff and customers at retail stores.

Dollarama gave its workers wage increases after the initial COVID-19 lockdowns in March, but ended the program in August after a six-week extension. The company also gave all of its workers a one-time bonus in December as it reported higher third-quarter profit and raised its dividend.

The nine Dollarama locations that were fined are in the regions of Gaspesie, Valleyfield, Saint-Jean-sur-le-Richelieu, Saguenay, Quebec City and Yamaska, the CNESST said.

Dollarama said it could not comment on the nature of the notices, adding that it has not received all of them and the ones it has received do not "clearly indicate what the infractions are."

"We are both surprised and disappointed to have been targeted in such a manner, especially since we are in regular communication with the CNESST and that in the last several weeks neither their concerns or nor these notices were brought to our attention," said Lyla Radmanovich, a Dollarama spokeswoman.

This report by The Canadian Press was first published Jan. 15, 2021.

Companies in this story: (TSX:DOL)

Laurentian Bank reports first-quarter profit up from year ago, beats expectations
Mar 3, 2021 5:04 AM