US industrial production jumps 1.6% in December

SILVER SPRING, Md. — U.S. industrial production rose 1.6% in December, a third straight monthly gain, but remains below its pre-pandemic level. The December gain in industrial output followed a 0.
Jan 15, 2021 7:03 AM By: Canadian Press 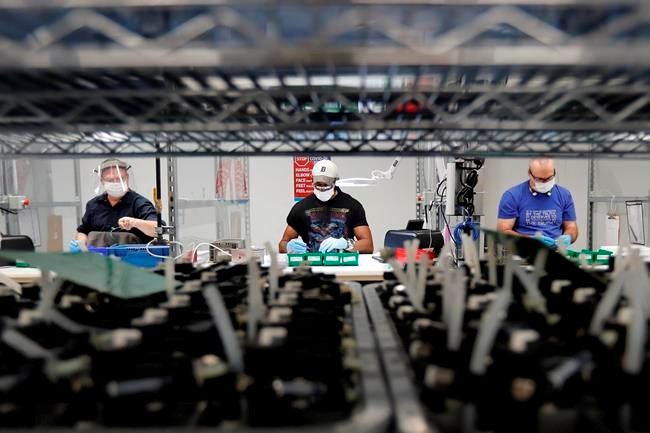 Manufacturing increased 0.9%, its eighth straight monthly gain, even as production of motor vehicles and parts declined 1.6%. That follows a string of gains for the auto sector, including last month's strong 5% increase. Without the drag in the auto sector last month, manufacturing posted gains of 1.1%.

Mining production rose 1.6%, while utilities' output rose 6.2% as a rebound in December demand followed a 4.2% decline in November due to unseasonably warm weather.

U.S. industry operated at 74.5% of capacity in December, still below the pre-pandemic rate of 76.9% in February.

While December’s topline numbers were better than economists had expected, there is concern that rising coronavirus infections and a rocky vaccination campaign could further hamstring an already uneven recovery for the U.S. economy.

The Institute for Supply Management reported Tuesday that American factories grew in December at the fastest pace in more than two years. The manufacturing sector has weathered the pandemic better than the battered services sector, but continues to face virus-related headwinds such as factory shutdowns needed to sanitize facilities and difficulties in hiring new workers as the virus surges again.