A self-proclaimed white nationalist was sentenced Wednesday to nearly three-and-a-half years in federal prison for threatening to rape the wife of a man who was part of a separate racist group that he believed was harassing him.
Feb 24, 2021 2:47 PM By: Canadian Press 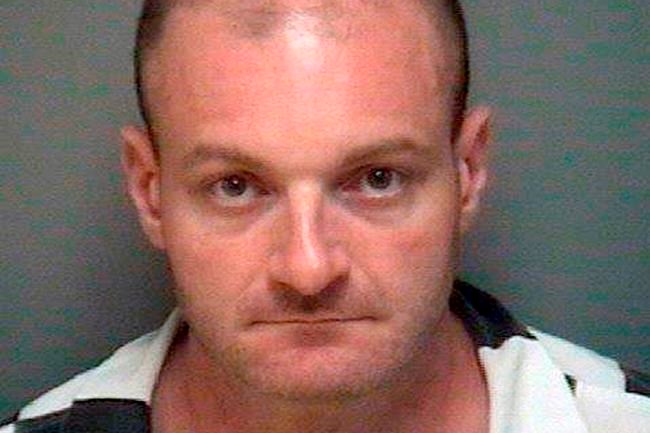 A self-proclaimed white nationalist was sentenced Wednesday to nearly three-and-a-half years in federal prison for threatening to rape the wife of a man who was part of a separate racist group that he believed was harassing him.

Christopher Cantwell, a 40-year-old New Hampshire resident and radio host, was found guilty in September of extortion and threatening to injure property or reputation, but not guilty of cyberstalking related to a series of threats he made toward a Missouri man over the Telegram messaging app.

Cantwell previously pleaded guilty to assault in 2018 after he was accused of using pepper spray during the deadly white nationalist rally in Charlottesville in 2017. He didn’t serve additional jail time but was barred from Virginia for five years.

Judge Paul Barbadoro acknowledged that Cantwell has faced harassment but said the 41-month sentence reflected the nature of the threat against the woman.

“The threats made here by the defendant are abhorrent, shocking and extremely damaging,” Barbadoro said before handing down the sentence that also includes two years of supervised release.

The FBI, which investigated the case, said the sentence demonstrated that threats have consequences.

“The First Amendment does not protect those who choose to engage in criminal activity based on hateful beliefs, but a jury of Christopher Cantwell’s peers found he did exactly that, and with today’s sentence he has now been held accountable for his violent threats,” Joseph Bonavolonta, Special Agent in Charge of the FBI Boston Division, said in a statement.

Cantwell told his team that he wanted to appeal the sentence.

Dressed in a prison shirt and wearing a mask, Cantwell briefly spoke before the sentencing. He apologized to the woman for his comments and said his actions were driven by the months of harassment he endured at the hands of the Bowl Patrol, of which her husband was a member.

The group’s name is inspired by the haircut of Dylann Roof, sentenced to death for fatally shooting nine Black church members during a Bible study session in Charleston, South Carolina.

Members disrupted his radio show for months with pranks and defaced his with pornography and violent content, Eric Wolpin said during the trial.

“The Bowl Patrol were constantly harassing me and threatening me and trying to destroy my business,” Cantwell said, adding that he went to law enforcement with his complaints.

Authorities say Cantwell used the Telegram messaging app to convey a threat in 2019 that he would rape the man’s wife if he didn’t give up information about the leader of a white supremacist group of which the man was a member, authorities said.

The Associated Press is not naming the man to protect the identify of his wife.

Cantwell was arrested in January 2020 and has remained in jail ever since.

Cantwell is also accused of threatening to expose the man’s identity and warning “you will lose everything you have” if he didn’t provide the personal details about the leader of the Bowl Patrol.

Cantwell followed through on another threat to report the Missouri man, who has several children, to the state’s child welfare services division for drug use and racist views. But an agency official testified at the trial that it did not feel the complaint justified further investigation.

Cantwell's attorneys requested his client be sentenced to time served and argued he had already suffered enough.

“He has lost his house. He's sat in jail. He got COVID. This has been seriously impactful on his life,” Wolpin told the court.

But prosecutors, who requested a sentence of 51 months, said Barbadoro had to take into consideration how Cantwell's threats impacted the victim's family and how it was part of a long-running effort by the defendant to use threats against Bowl Patrol members to get personal details on their leader.

“The court should consider the lasting implications for her and her children,” Assistant U.S. Attorney Anna Krasinski told the court. “Even now, it's too painful for her.”