OTTAWA — Advocates are calling for fundamental reforms to the process for reporting sexual violence in the Canadian Armed Forces, deeming decades-old patterns of misconduct a "national embarrassment" amid a broken military justice system.
Apr 8, 2021 2:02 PM By: Canadian Press 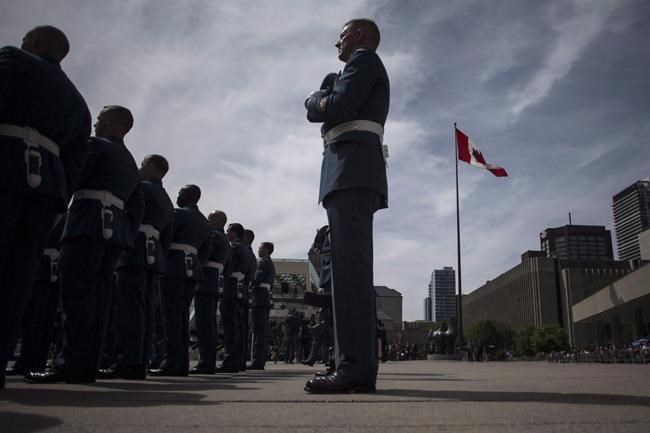 OTTAWA — Advocates are calling for fundamental reforms to the process for reporting sexual violence in the Canadian Armed Forces, deeming decades-old patterns of misconduct a "national embarrassment" amid a broken military justice system.

Christine Wood, co-chair of the military sexual-trauma survivors group It's Just 700, told a parliamentary committee Thursday that complaints and investigations must occur outside the chain of command, and that a greater focus on victim recovery is essential.

A former air force reservist, Wood is demanding an independent mechanism for complaints and a national platform for therapy and online peer support.

"It is simply unethical to ask them to come forward without a plan in place to support them," she said, stressing the "moral injury of betrayal" by fellow service members.

"The people I know that have fought the hardest for so many years are burning out, and they are at the edge ... I have a dear friend who is right now writing emails to herself to remind her of all the reasons that she should not commit suicide."

Wood and Julie Lalonde, an anti-harassment educator, said the Armed Forces needs a clearer definition of military sexual trauma to properly respond to a sexualized culture that is hostile to women.

"You cannot change something that you won’t even name," Lalonde said.

Acting defence chief Lt.-Gen. Wayne Eyre said last month the military is developing a suite of new programs aimed at tackling inappropriate behaviour in the ranks, including a "playbook" for handling misconduct allegations against senior officers and an updated code of conduct with more concrete definitions of unacceptable actions.

The House of Commons committee on the status of women is the second panel of MPs to probe the Liberal government's handling of allegations of misconduct against senior military officers.

Those include former defence chief Gen. Jonathan Vance and his successor Admiral Art McDonald, whose seat Eyre is filling after McDonald temporarily stepped aside last month, only a few weeks after taking over from Vance.

Wood drew on her own experience with the complaints process around sexual violence, which she says happened hours after her drink was spiked in the officer's mess in 2011.

"The reporting process itself was terrifying. It was me in a room with men for about two hours, three hours. I was videotaped. I felt like a suspect," she said, calling the ordeal "traumatic."

"I’ve been offered a seat in a group therapy session. They’re all men. And they’re all there with combat trauma. And I don’t even know who raped me. So there’s no way I’m going into that room.

Sexual trauma is not automatically recognized as an operational stress injury, a categorization that would open up additional support programs and therapies, Wood said.

In 2015, retired Supreme Court justice Marie Deschamps issued an explosive report detailing a highly sexualized culture in the Armed Forces. She noted in February that some of her recommendations are still gathering dust.

Those include establishing a truly independent centre outside the military's chain of command that would be the main authority for receiving reports of inappropriate and criminal behaviour from service members and the military as a whole.

The federal government did set up what is known as the Sexual Misconduct Response Centre in September 2015, which Wood called a "skeleton." Part of the civilian arm of the Department of National Defence, it provides support for victims and information to military leaders.

The acting chief of the defence staff said in March the military will also wind down its all-encompassing effort to end sexual misconduct, a campaign dubbed Operation Honour that was launched by Vance upon his taking command of the Armed Forces in July 2015.

Some, most notably Lt.-Col. Eleanor Taylor, who recently announced that she was quitting the military following its failure to address misconduct in the ranks, have suggested that Operation Honour was poisoned because senior leaders failed to set good examples.

“The greatest thing about Operation Honour is that it acknowledged that there is a problem and it brought the conversation out into the open. But it failed to define the issue," Wood said.

"I really believe that sexual misconduct in the CAF is a national embarrassment."

Toxic masculinity can be at least as destructive for male service members who have suffered sexual trauma.

"The stigma and the shame is multiplied by a thousand for them," Wood said.

"We talk about this masculine warrior ideal, and men who have been raped by their fellow soldiers are deeply embarrassed and they end up deeply affected by it. So they suffer even more, in silence."

This report by The Canadian Press was first published April 8, 2021.