OTTAWA — A human rights coalition is calling on Canada to appoint a front-line contact for people and groups who are enduring harassment and intimidation as a result of their advocacy and activism on China.
May 12, 2020 12:36 PM By: Canadian Press 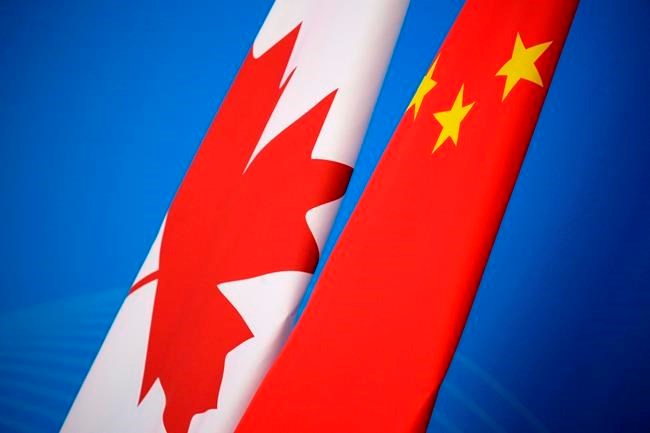 OTTAWA — A human rights coalition is calling on Canada to appoint a front-line contact for people and groups who are enduring harassment and intimidation as a result of their advocacy and activism on China.

The Canadian Coalition on Human Rights in China said in a report released Tuesday that activists in Canada are increasingly facing interference for raising awareness of serious rights issues in China.

The coalition, which includes Amnesty International Canada, said Chinese authorities have exerted influence within various communities in Canada, including on elected officials, in Chinese-Canadian media outlets, through social media and at academic institutions.

The proposed new point person or body within the Canadian government could receive complaints from groups and individuals, collect data about specific incidents, analyze trends and co-ordinate a response to instances of harassment, the coalition said.

Cases of possible criminal activity could then be referred to law enforcement and action could be taken against select Chinese diplomats.

The coalition also wants Canada to clearly and forcefully affirm that it will not tolerate gross violations of normal diplomatic practice and interference with the human rights of people on its territory.

If anything, the situation is worsening, as Chinese actors have arguably become emboldened by the inadequate response from Canadian officials and other governments, the report said.

It points to examples, including:

— A number of protests organized by Hong Kong democracy supporters in Canada that were met by pro-Beijing counter-protesters who used aggressive, confrontational tactics, and who expert observers believe may be directed or organized by Chinese state authorities;

— A prominent Tibetan-Canadian student leader in Toronto who has been the victim of aggressive online abuse, death threats, phone harassment and monitoring by Chinese students, possibly linked to the Chinese consulate.

— Uighur individuals living in Canada who have faced threats of retaliation against their relatives in Xinjiang as a result of their activism.

There can be no excuse for a half-hearted or scattered approach from Ottawa to such actions in Canada, Alex Neve, secretary-general of Amnesty International Canada, said during a videoconference Tuesday. "It is time for action."

Said Gloria Fung of the group Canada-Hong Kong Link: "We Canadians should be able to exercise our freedom of expression on Canadian soil without fear."

"The Canadian government has always highlighted concerns around human rights and respect for basic human democracies and liberties with every country that we engage with around the world, including China."

The coalition, however, said individuals who experience threats, intimidation and interference need a co-ordinated, comprehensive response from Canada.

"As it currently stands, the responses from officials and authorities have been piecemeal at best and, more often, unsatisfactory and ineffective at identifying and addressing the sources of these violations," the report said.

People facing harassment and intimidation find themselves fearful, lacking support and unaware of where to turn for recourse.

"In many cases, individuals have not reported the harassment or intimidation that they have suffered to Canadian authorities, due to the belief that reporting incidents will not help or solve the situation, and may actually make it worse if the Chinese government were to find out."

The Chinese Embassy in Ottawa had no immediate comment on the report.

This report by The Canadian Press was first published May 12, 2020.

Actor Ryan Reynolds releases warning of COVID-19 dangers after Premier's plea
Aug 14, 2020 11:49 AM
Comments
We welcome your feedback and encourage you to share your thoughts. We ask that you be respectful of others and their points of view, refrain from personal attacks and stay on topic. To learn about our commenting policies and how we moderate, please read our Community Guidelines.