If Canada can survive four years of Trump, it can navigate the new Buy American: PM 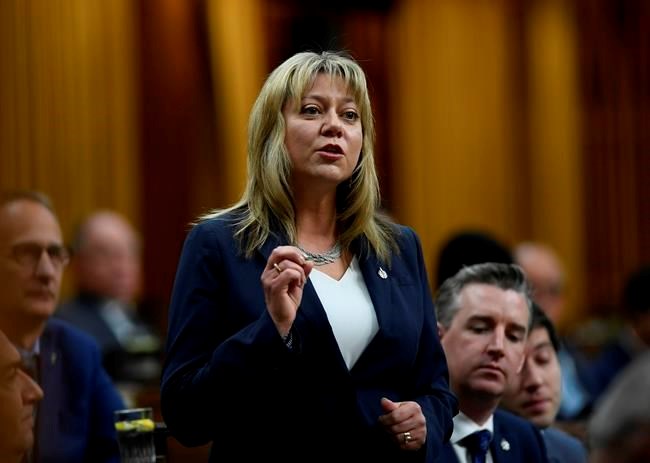 DISTRICT OF COLUMBIA — If Canada was able to navigate Donald Trump's four years of bilateral bluster, it can surely find safe harbour from the protectionist measures of his Democratic successor, Prime Minister Justin Trudeau suggested Tuesday.

Joe Biden's White House has more in common with Canadians than Trump ever did, Trudeau said when asked if he expects stronger headwinds from the latest version of Buy American than the Conservatives fought through a decade ago.

Trudeau's answer suggests the federal Liberals hope to extract every ounce of political cover from that rhetoric that they can, even though Trump is no longer in office.

"Over the past four years, we faced an American administration that was both unpredictable and extremely protectionist, and we were able every step of the way to stand up for Canadian interests," Trudeau said.

He counted off a list of wins, including the U.S.-Mexico-Canada Agreement, an eventual end to Trump's steel and aluminum tariffs and last year's agreement to keep trade and commerce moving across the otherwise-closed Canada-U.S. border.

"President Biden has a lot of similar priorities to this government's, to Canadians' ... and these are things that we're going to be able to work on closely with our nearest ally and closest friend."

The political goal behind Biden's iteration of Buy American, a cornerstone of his successful election campaign, was to win over the same protectionist blue-collar workers who helped elect Donald Trump in 2016.

But on Monday, Biden didn't sound like someone who's backing down now that he's in the White House.

Waivers, the exceptions that allow Canadian contractors, manufacturers and suppliers access to a lucrative and often essential source of business, will be granted only under "very limited circumstances," Biden said.

A new "Made in America" office attached to the White House will review waiver applications and grant them only "when there's an overwhelming national security, humanitarian or emergency need here in America," he said.

"This hasn't happened before. It will happen now."

It took Canada more than a year to negotiate an escape from the rules Obama imposed in 2009, with Biden as his vice-president. Whether that experience makes those talks easier or more difficult this time around remains to be seen.

"We've got some work ahead of us in Canada to make sure we get exemptions from some of these things," said Dennis Darby, CEO of Canadian Manufacturers and Exporters.

Canada is in a constant state of having to remind American officials of the integral role it plays not only in its own economic health, but that of the U.S. as well, Darby said.

"Is it a concern? Yes, and this is no time for us to take our foot off the gas."

In Ontario, where the provincial government embarked on a strategy last year of forging closer economic ties and "strategic investment" agreements with regional and state leaders in the U.S., anxiety was running high Tuesday.

"If Ontario were a country, we would be the United States' third-largest trading partner," said Economic Development Minister Vic Fedeli.

"Buy American policies disrupt existing Ontario-U.S. cross-border supply chains and erode the deep and long-standing relationships we have built over the years."

If nothing else, the lesson from another round of Buy American hand-wringing ought to be the importance of diversifying Canada's export markets, said Jenifer Bartman, a business adviser and consultant based in Winnipeg.

"From a Canadian perspective, this situation is a reminder that, although the U.S. is our largest trading partner and agreements are in place, it is beneficial for Canadian businesses to diversify their customer base into other countries," Bartman said.

"It takes time for companies to understand the intricacies of foreign markets and to build customer relationships, and both time and qualified support are needed in order to achieve this."

Conservative MP Tracy Gray, the party's international trade critic, pressed the government Tuesday during question period on how it plans to secure a waiver, which the governing Conservatives did in 2010.

"We understand that both countries benefit from the integrated, secure and resilient supply chains between our two countries," said International Trade Minister Mary Ng.

"Canada is the No. 1 customer for more than 32 states. We look forward to working with the American administration for the interests of Canadian workers and Canadian businesses here in Canada, indeed on both sides of the border."

The latest Buy American strategy is the second potential blow to Canada's economic fortunes to land in less than a week.

On his first day in the White House, Biden rescinded the presidential permit for Keystone XL, a controversial cross-border link between the Alberta oilsands and refineries and ports on the U.S. Gulf Coast.

Trudeau and Biden have long talked about using the push into "green" jobs to fuel their economic recoveries — a notion taking new urgency in the aftermath of Keystone XL.

That theme came up again Tuesday when the prime minister spoke with John Kerry, the president's newly named special envoy on climate change — a call that included a pointed reminder of the economic ties between Canada and the U.S.

This report by The Canadian Press was first published Jan. 26, 2021.