Animal lovers may be wondering if their pets can be carriers of the new coronavirus, but experts say there's no evidence they can transmit the disease to humans. Prof.
Mar 13, 2020 1:00 AM By: Canadian Press 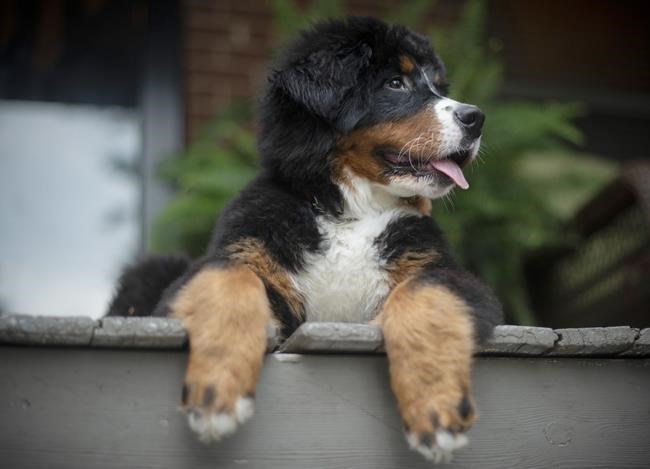 Animal lovers may be wondering if their pets can be carriers of the new coronavirus, but experts say there's no evidence they can transmit the disease to humans.

Prof. Scott Weese of the University of Guelph's veterinary college said it wasn't surprising that a dog in Hong Kong tested weakly positive for the virus in samples from its nose and mouth.

"What we need to figure out is was that a really rare thing to happen with that dog or is it common and we haven't identified yet," Weese said in a recent interview.

"The big question from the public health standpoint is yes, the dog was infected, but does that mean it is infectious?"

The animal was a weak positive, which might means the infection wasn't great enough to be passed on but more information is needed, he said.

The Hong Kong government says pet cats and dogs cannot pass the new coronavirus on to humans, but they can test positive for low levels of the pathogen if they catch it from their owners.

Hong Kong's agricultural department said it found no evidence pets were a source of infection or could get sick themselves with the COVID-19 illness. But it suggested pets from a household of an infected person be quarantined.

In general, pet owners should maintain good hygiene, including washing hands before and after handling their animals, their food and supplies, experts advise. People who are sick should avoid contact with pets and a veterinarian should be contacted if changes in a pet's health conditions are detected.

Weese said experts were anticipating a little more risk with cats because SARS, which is closely related to the new coronavirus, was able to infect felines.

"And cats could transmit it cat to cat. So that's my main concern with this virus would be getting into cats."

Weese said there hasn't been any research on whether the virus can jump between species of pets.

"It originally went from animal to person," he said.

Pets can get various respiratory infections where they cough, have flu-like symptoms for a few days and then they recover, he said, adding that animals to be concerned about are those with underlying problems as well as young or older pets.

Experts are concerned about the virus and livestock, he said.

"The more we can prevent people from exposing animals, the less we have to worry about this," he said.

"So if a farmer doesn't get exposed then we don't have to worry about their livestock."

Research is being done internationally on animal models, including looking at infections in different species, he said.

"We know an exceptional amount considering how new this is but there's still so many areas that need to be studied and the animal side, that definitely needs to be done," Weese said.

— With files from The Associated Press.