Next phase of Conservative party leadership race set to get underway

OTTAWA — The Conservative party is gearing up for the next phase of its leadership race, a contest taking place in unprecedented times.
0
Mar 25, 2020 5:26 PM By: Canadian Press 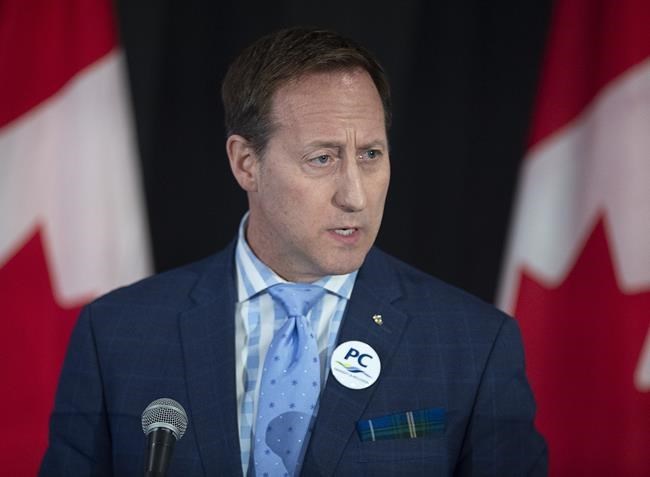 OTTAWA — The Conservative party is gearing up for the next phase of its leadership race, a contest taking place in unprecedented times.

Wednesday was the deadline for candidates to get on the ballot by getting 3,000 signatures, raising $300,000 and having their applications approved by party officials.

Three others who had been trying to get into the race, however, found their efforts hamstrung by the emergence of the COVID-19 pandemic in Canada.

Marilyn Gladu, Rudy Husny and Rick Peterson all called multiple times for the party to extend the deadlines or postpone the contest, saying it was inappropriate for them to be campaigning at a time of crisis.

Peterson subsequently dropped out, while Gladu and Husny had been waiting to see if the party made any changes ahead of the Wednesday deadline.

They didn't, and Gladu and Husny's names were removed Wednesday from the list of candidates.

Husny said the leadership organizing committee was the only organization in the world refusing to recognize the extent to which the COVID-19 crisis has upended the way of life.

"While I am disappointed, I know that I made the right decision," Husny said in a statement.

"I can look Canadians and our members in the eye and say I stayed true to my values and put my country and my fellow citizens ahead of my political party and personal ambition."

The organizing committee must now decide how to roll out the rest of the race while the country is virtually on lockdown.

Social distancing measures mandated by public health officials have ruled out the possibility of a live studio audience for debates that had been scheduled for April. But now even getting the candidates together in a single room for a livestreamed event may no longer be possible.

The deadline to sign up new members is also mid-April, and as a nod to the fact candidates can no longer host large public events to recruit them, the party did create an online portal.

Only members can vote in the June 27 election, and the focus for candidates between now and the April cutoff is to sign up as many supporters as possible.

So far, the organizing committee is sticking to that June 27 date, despite pressure to change it — not only from the candidates, but senior party members including former interim leader Rona Ambrose.

Concerns being raised include the fact that members want to see and meet the candidates in person, not just interact on telephone town halls or watch events on social media, and that no one wants to be fielding polling calls or fundraising requests at present.

Some senior Tories have also complained it makes the party look disconnected from the reality of many Canadians.

The four candidates on the ballot have continued to campaign throughout, albeit in different ways.

MacKay has been holding town halls nearly every night, fielding calls from particular regions of the country. He has advocated for the leadership vote to be moved up, arguing the party needs a leader sooner rather than later.

O'Toole and Sloan have both called for delays. O'Toole continues to reach out to supporters via emails and phone calls, though both he and MacKay appear to have paused their fundraising. Both are directing people to donate to community causes instead.

Sloan, meanwhile, has suggested some of the fees be refunded to candidates to offset the need to fundraise.

Lewis has said the rules, as they are, should remain and she continues to solicit both funds and supporters.

The party rules say members must be able to use a mail-in ballot to choose a new leader if they can't attend a convention. The party has said that is one reason they could continue as planned with the June 27 election.

But what they're watching for now is whether Canada Post and the company that handles the technical elements of the balloting can provide what's needed to ensure the entire vote could be conducted that way, since it's possible a convention won't be able to be held.

Canada Post has already said to expect delays in its service overall as it adjusts to the ongoing spread of the pandemic.

The party is also mulling over how to handle a potential legal challenge from a would-be competitor.

Ontario conservative activist Jim Karahalios claimed to have raised the funds and gathered the required signatures, but was disqualified from the contest.

He had been heavily criticized for the tone and substance of his attacks on O'Toole's campaign, and formal complaints were filed with the party over his conduct.

An investigation into those led to his removal from the race, but Karahalios is trying to take the party to court over it and challenge the decision.

He appeared to get some support for his argument from Lewis.

In a statement Wednesday, she said she thought the party made the wrong call. Only members should have a say in whether someone can or can't lead, she said.

"Disqualifying candidates for beliefs or viewpoints weakens confidence in our democratic process," she said.

"If candidate Jim Karahalios met the donation and signature requirements, then a disqualification should only happen if there is a clear violation of the rules."

This report by The Canadian Press was first published March 25, 2020.

Canada could face legal trouble over refugee deportations: advocates
Mar 28, 2020 3:49 PM
Comments
We welcome your feedback and encourage you to share your thoughts on this story. We ask that you be respectful of others and their points of view, refrain from personal attacks and stay on topic. To learn about our commenting policies and how we moderate, please read our Community Guidelines.