TORONTO — Peer pressure and public messaging will influence Canadians' ability and willingness to maintain safe behaviours as restrictions around COVID-19 begin to loosen, some experts say as they warn fines and snitch lines may not be effective as l
May 8, 2020 2:14 PM By: Canadian Press 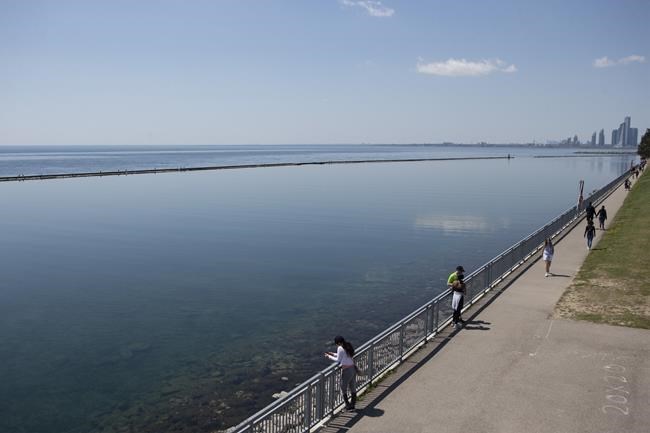 TORONTO — Peer pressure and public messaging will influence Canadians' ability and willingness to maintain safe behaviours as restrictions around COVID-19 begin to loosen, some experts say as they warn fines and snitch lines may not be effective as long-term solutions.

The pandemic that has caused thousands of deaths across the country has also forced people from all walks of life to radically alter their behaviour in a matter of weeks.

Those new habits will be tweaked and tested in the coming months as businesses and public spaces gradually reopen, with officials stressing the need to keep up precautions such as physical distancing.

People will be returning to a world that has itself been irrevocably transformed, which will make it easier to resist reverting to pre-pandemic behaviour patterns, said Steve Joordens, a psychology professor at the University of Toronto.

Peers in particular can reinforce or undermine new habits, because humans have a strong desire to fit in, he said. If a good proportion of people continue to respect safety guidelines, "it'll be very easy for others to do because they'll see that modelled all around them," he said.

"If a significant number of people start violating all these rules — and especially the people we're sort of closest to — then that will make it difficult for us to continue to follow."

Punishing scofflaws, meanwhile, may deter rule-breaking in the short term but is unlikely to foster co-operation over time, the psychologist said — especially if residents are asked to tattle on each other.

"Punishment is the easy go-to: it's quick, it's easy, and it feels like you've done something. But it breeds a whole lot of distress and resentment," he said.

The New Brunswick government recently stirred controversy when it launched a COVID-19 information line where residents could report any non-compliance.

In Toronto, where guidelines shifted this week from asking residents to stay home to urging them to keep their distance when outside, the city website also allows residents to report breaches of pandemic rules.

But fear — whether of fines or of the virus itself — may have spurred people to change at the beginning of the crisis, but its motivational power wanes over time as people learn to cope, according to Frederick Grouzet, an associate professor of psychology at the University of Victoria.

Similarly, an overly controlling approach can trigger rebellion in the long run, because people don't appreciate feeling like they are being treated like children by their government, he said. He pointed to a spate of protests against pandemic measures that have cropped up in parts of Canada and the United States as restrictions persist.

As the rules grow less strict, a better strategy for governments would be to emphasize the trust placed in residents to do the right thing, and to invoke the need for a collective effort, Grouzet said.

"Acknowledging the difficulty, explaining the rationale, providing more information and supporting their autonomy ... is always the most effective approach, especially in the long term," he said.

A recent study by American researchers examined whether stressing the personal or collective risks — "Don't get the virus" or "Don't spread it to others" — worked better to change how people intended to act.

That indicates people are either not as strictly self-interested as some might expect, or they worry that appearing to act selfishly could harm their reputation, said Jordan, who is set to discuss the findings in a virtual panel hosted by the University of British Columbia next week.

However, a second round conducted later in the pandemic, which will be the subject of an upcoming paper, found both strategies equally effective, which suggests people's response to public health messaging may change over time, she said.

"Thinking about how to make sure we stay updated in terms of what is effective seems important," said Jordan. "There might be different approaches we need to encourage people to stay vigilant over time."

No matter what messages they receive from authorities, people will face one major temptation when it comes to maintaining their newly established safety habits, said Joordens, the University of Toronto professor.

"Most of it will be surprisingly easy, (but) the caveat is the desire for humans to have contact, to have at least emotional contact," he said.

It's easy to plan video chats and phone calls when we're stuck at home, but once people see their loved ones again, the urge to come closer than two metres will be hard to overcome, he said.

This report by The Canadian Press was first published on May 8, 2020.