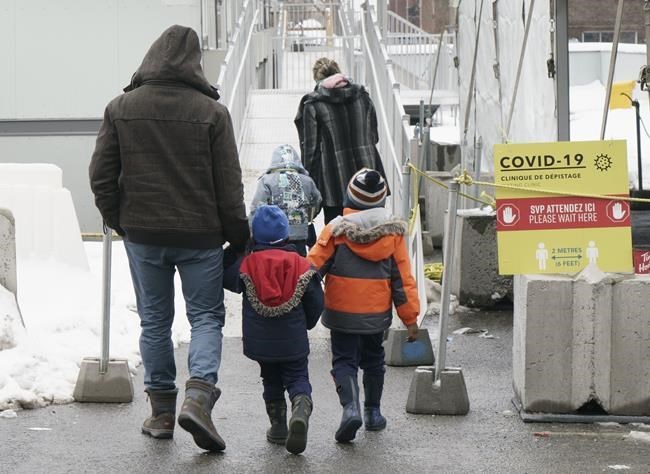 Yannis Karlos, the head of the group, said rapid testing can guarantee the safety of the community while allowing the return to a semblance of normality in a place heavily dependent on tourism.

"We're just looking for options to take a different approach to ensure that our community remains safe," said Karlos, who owns a distillery and restaurant in Banff, Alta.

"Back in March, our community basically fully shut down and we had an extremely high level of unemployment," he said.

Karlos said the group of businesses that represent 5,300 employees would cover the costs of deploying COVID-19 rapid tests if the Alberta government will supply them.

"The way we envision it is becoming a public-private partnership, so we're looking for some assistance from the municipality as well as from the province," he said.

Town of Banff spokesman Jason Darrah said the municipality will support the project.

"We want to support however possible, such as offering facilities for doing it," he said.

Sandy White, the co-founder of a coalition of academics, medical professionals and business leaders called Rapid Test and Trace Canada, which is working with the businesses in Banff, said millions of rapid tests already bought and distributed by the federal government are sitting in warehouses across Canada because provincial governments are either unable or unwilling to deploy them.

"The overall mismanagement of this file in particular, to say nothing of vaccines and everything else, has been depressingly indicative of Canada's response to this thing," he said.

White, who himself owns two inns in Banff, said other countries have responded to the pandemic more efficiently than Canada using rapid tests and other measures to reopened their economies safely.

"We are drowning in this situation and we've had a year to get all these wonderful things in place and we could be Taiwan or South Korea or Australia or New Zealand but we're not," he said.

White said the 90-day rapid-testing project proposed for Banff would aim to test as many of the town's roughly 8,800 residents as possible within the first two days. After that, the program would test between five and 10 per cent of residents every day.

"We are quite confident that with a strategy like that, we can eradicate COVID within the community," he said.

Banff had close to 200 active cases of COVID-19 at the end of November, when the economy had reopened and tourists were in town.

"The goal really is to be able to safely reopen the economy and encourage tourists to come back to town," he said, noting local jobs depend on tourism.

He said the program could also be used as a "test case" to prove that a rapid-testing strategy can work to curb the spread of the novel coronavirus.

White said his organization is speaking with several groups across the country, including universities and Indigenous communities, to prepare rapid-testing project proposals.

"It would be us advising and assisting in setting up pilots and executing on them with the government really just providing testing services in the form of the tests and maybe some basic guidance," he said.

This report by The Canadian Press was first published Jan. 22, 2021.

This story was produced with the financial assistance of the Facebook and Canadian Press News Fellowship.