Science summary: A look at novel coronavirus research around the globe

Thousands of scientists around the world are working on problems raised by the COVID-19 pandemic.
Mar 24, 2020 1:00 AM By: Canadian Press 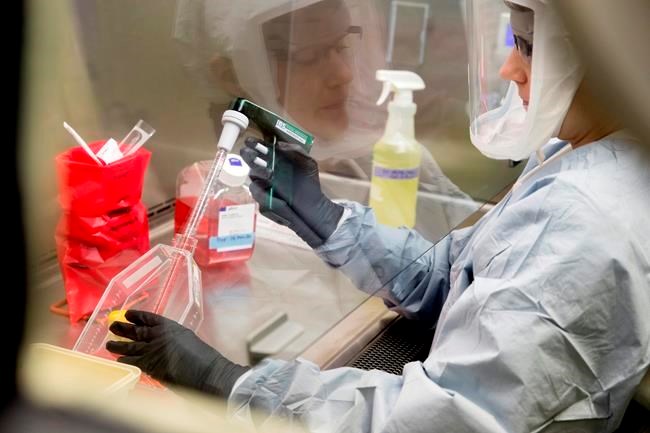 Thousands of scientists around the world are working on problems raised by the COVID-19 pandemic. Here is a summary of some recent research from peer-reviewed academic journals and scientific agencies:

The United-States-based Center for Disease Control has assessed how the coronavirus affects different age groups.

Out of 4,226 COVID-19 cases in the U.S., the centre found that patients older than 65 were involved in about one-third of all cases and about half the hospitalizations and intensive-care admissions.

Patients in that age group also experienced about 80 per cent of all deaths from COVID-19. No patients 19 or younger died or were hospitalized.

This is consistent with results from other countries.

The Journal of the American Medical Association is reporting on the mental stress the coronavirus pandemic is inflicting on health-care workers.

Data from 1,257 Chinese health-care workers suggests that about half were showing symptoms of depression and anxiety. About one-third had insomnia and nearly three-quarters felt distressed.

Although the survey included both doctors and nurses, it concluded that nurses, especially female nurses, experienced the most effects.

The Canadian government is spending $23 million to support the University of Saskatchewan's Vaccine and Infectious Disease Organization.

The lab is building a pilot-scale plant on campus for vaccine development in Canada.

The university says it's the first in the country to have a possible novel coronavirus vaccine for testing in animals.

The vaccine was made in February, and researchers expect to know in about four weeks whether it works in an animal model.

The university says clinical testing of the vaccine in humans could start as early as this fall.

A report from the American Academy of Pediatrics has looked at the impact of the virus in 2,000 children with suspected or confirmed cases.

It found that 13 per cent of children with confirmed COVID-19 had no symptoms.

It also found that children experienced trouble breathing or had low blood oxygen at significantly lower rates than adults — although that finding didn't hold for children with pre-existing respiratory problems.

The journal Eurosurveillance is raising concerns about the proportion of people who can be infected and pass on the novel coronavirus without showing symptoms.

Originally, scientists thought that only one per cent of people were asymptomatic.

However, a study looking at infection aboard the Diamond Princess cruise ship suggested the true figure was nearly 18 per cent.

As well, a study of Japanese evacuees from Wuhan, China, where the pandemic began, places that number at 33 per cent.

This report by The Canadian Press was first published March 24, 2020