TORONTO — The economic brutality of Canada's anti-pandemic measures was highlighted on Friday with the latest figures showing almost two million people lost their jobs in April on top of the one million in March as COVID-19 cases and deaths climbed a
May 8, 2020 5:34 PM By: Canadian Press 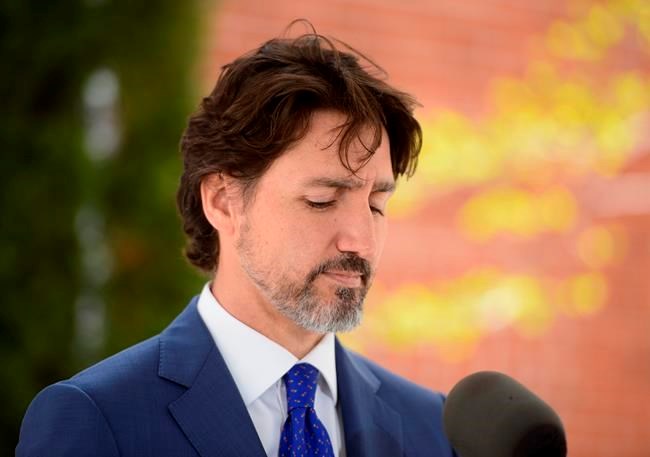 TORONTO — The economic brutality of Canada's anti-pandemic measures was highlighted on Friday with the latest figures showing almost two million people lost their jobs in April on top of the one million in March as COVID-19 cases and deaths climbed across the country.

The unemployment rate rocketed to the second-highest level on record — 13 per cent, up from 7.8 per cent in March — as the full force of the pandemic hit, Statistics Canada data show. The result was somewhat better than economists had predicted.

"Today's job numbers weigh heavy on my heart," said Ontario Premier Doug Ford, whose province lost 689,000 jobs. "Real people who are struggling through no fault of their own."

The job-loss report came as cases of coronavirus disease and related deaths rose by the scores yet again.

Nova Scotia reported two more deaths at a long-term care facility in Halifax for an overall provincial total of 46. The province became the latest to call off school for this year.

In one positive development, Prince Edward Island announced it no longer had any active cases of COVID-19, with all 27 of the province's cases now considered recovered. New Brunswick said retail businesses, offices, restaurants, libraries, museums and campgrounds could reopen immediately as long as they meet public health guidelines.

The stay-home directives and business closures implemented in mid-March to curb the spread of the highly contagious and potentially lethal SARS-CoV-2 virus have idled much of the country's work force. Governments have been spending billions of dollars in an effort to help people and businesses affected by the outbreak, but some critics have complained it hasn't been enough.

In Ottawa, Prime Minister Justin Trudeau announced an extension to the federal government's emergency wage-subsidy program beyond its early-June endpoint, with details to come next week. The program covers 75 per cent of worker pay up to $847 a week to try to help employers keep employees on the job.

He also promised the government would be offering further support for specific sectors.

Trudeau said the reopening of the economy and lifting of restrictions would occur "very, very gradually" and transmission of the disease would have to be carefully monitored.

Ford was adamant that the Canada-U.S. border stay closed for now, and urged people from out of province to stay away as well.

The prime minister called it a "fundamental principle" that no one should have to go to work if doing so would jeopardize their personal safety. He said all workplaces should be safe and governments were putting measures in place to mitigate any risks.

In Ontario, a union representing 35,000 workers in hard-hit long-term care homes said the province wants to change a directive that gives all workers access to N95 masks. The provincial government said it wants everyone who needs the masks to have them but conceded they are in limited supply.

More than 1,700 workers in the province's long-term care homes have tested positive and at least one has died.

To address some safety concerns, the transit authority in Montreal said it would start handing out 600,000 reusable masks to users, and would give employees two washable face coverings each. While not mandatory, the authority is urging passengers to wear a mask when riding the bus or subway.

The Correctional Service of Canada reported the number of federal inmates infected jumped Friday to 325 from 294.

-With files from Canadian Press reporters across the country.