The latest news on the COVID-19 global pandemic (all times Eastern): 7 p.m. Thirty-five workers at the United Poultry plant in Vancouver have now tested positive for COVID-19.
Apr 24, 2020 4:40 PM By: Canadian Press 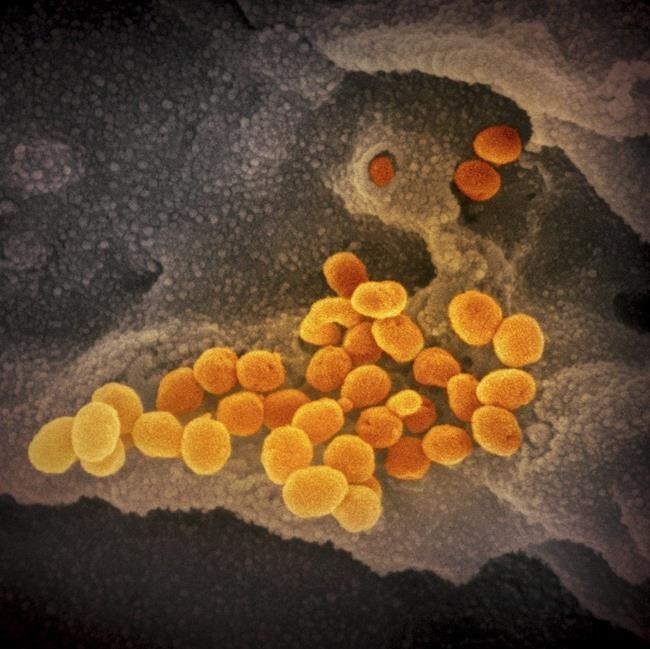 Thirty-five workers at the United Poultry plant in Vancouver have now tested positive for COVID-19.

That's up from 29 and in addition to two cases at a sister plant in Coquitlam.

Provincial health officer Dr. Bonnie Henry and Health Minister Adrian Dix say in a joint statement that 10 cases of the virus in B.C. have been connected to the Kearl Lake project near Fort McMurray, Alta.

Seventy-eight inmates and staff have also tested positive at the Mission Institution in the Fraser Valley.

The province is reporting four more deaths, for a total of 98 deaths, and 29 new cases.

The B.C. government is accelerating a program to get faster internet services to rural and remote communities.

A funding stream has been created from a $50 million program and will help service providers pay for upgrades to improve internet speeds and connectivity.

Citizens' Services Minister Anne Kang says it's more important for these communities to be connected during the COVID-19 pandemic as children are online for schooling and families are connecting with doctors through the internet.

The program allows service providers in the province to apply for grants of up to $50,000, or 90 per cent of their expenses, to cover costs of equipment.

Yukon is expanding its testing for COVID-19.

Dr. Brendan Hanley, Yukon's chief medical officer of health, says people will be tested if they've travelled outside of the territory in the last 14 days or have had contact with anyone who has travelled.

Testing is also being broadened to long-term care facilities and for people at the Whitehorse Emergency Shelter.

The territory has had 11 cases of COVID-19, eight of those have fully recovered and the remaining three are in isolation and their homes.

Health officials in Alberta are closely watching cases of COVID-19 at a chicken plant and on a First Nation near Calgary.

Dr. Deena Hinshaw says there have been two cases reported at Mountain View Poultry in Okotoks and three cases on an unnamed reserve in the Calgary area.

Five more people have died, for a total of 72.

A poultry processing plant in Coquitlam, B.C., has been closed by Fraser Health after an outbreak of COVID-19 among its workers.

The health authority says two workers at the facility operated by Superior Poultry Processors Ltd. have tested positive for the virus and all employees have been screened.

It says anyone who has the virus or had close contact with them has been told to self-isolate.

Newfoundland and Labrador’s Department of Health and Community Services has issued an advisory urging the public not to consume or inject cleaning products.

The advisory comes after President Donald Trump's comment yesterday that disinfectants could be injected or ingested to fight COVID-19.

A news release from the department says claims speculating that cleaning products could be used to treat COVID-19 are false, and reminded people of the risk of poisoning or death from consuming cleaning products.

Health Minister John Haggie tweeted the link to an ABC News article about reports of people consuming disinfectant in the United States, writing “PLEASE do not drink Bleach. It Will kill or maim you.”

The Saskatchewan government is restricting all non-critical travel to the province's north.

Health officials report most of the province's active COVID-19 are located in the far north.

The government says it has consulted with the mayor of La Loche where an outbreak was recorded at a health centre.

The province says checkpoints have been established into the area, which will continue.

To date 280 people have recovered from the virus while the death toll remains at four.

The number of recovered cases is up to 196, leaving 61 active.

With ongoing low numbers, health officials say they will ramp up surgeries that had been scaled back, starting next week in Winnipeg, Brandon, Selkirk and Winkler.

New Brunswick has announced the first step of a four-phase plan aimed at gradually reopening the province and easing restrictions put in place to contain COVID-19.

Premier Blaine Higgs says effective immediately and over the coming days certain low risk contacts will be allowed including limited play on golf courses and allowing two family units only to interact as part of a so-called "two family bubble."

Certain outdoor activities will also be allowed, including the spring fishing and hunting seasons with physical distancing requirements.

Chief medical officer of health Dr. Jennifer Russell is reporting no new cases of COVID-19 for the sixth consecutive day keeping the province's total of confirmed cases at 118

Russell says there are 11 active cases with four people in hospital and one of those patients in intensive care.

Quebec is reporting 97 more deaths linked to COVID-19, brining the provincial tally to 1,340.

Legault says he knows he's been telling Quebecers to stay home for weeks, but he says the province will present a plan next week to gradually relaunch the economy and reopen schools and daycares.

The province reported 22,616 confirmed cases of the virus today, with 1,460 people hospitalized and 227 in intensive care.

Newfoundland and Labrador is reporting one full week of no new positive cases of COVID-19.

She says beginning on April 27, all employers bringing workers into Newfoundland and Labrador will need to submit a 14-day isolation plan for their employees, upon entry into the province.

Procurement Minister Anita Anand says Canada is facing many procurement challenges given the intense global demand for equipment and supplies, but the government is taking an aggressive approach to quickly bring COVID-19 supplies to Canada.

She says much of the world's supply of these materials are in China, and moving equipment from that country is highly complex.

Two planes from China were forced to return empty to Canada on Monday — one a federal charter and the other destined for a particular province — arriving in Canada without the protective medical equipment that they were sent there to pick up.

Anand says Canada is taking new logistical and diplomatic approaches on the ground to ensure critical COVID-19 supplies make it to Canada.

Chief Public Health Officer Dr. Theresa Tam says more than 2,000 people have died from COVID-19 and more than 643,000 tests have been administered, with over 6.5 per cent of people testing positive.

Tam says she wants to recognize the work of health care workers who are going the extra mile to care for COVID-19 patients, especially those working in long-term care centres, where numerous outbreaks have caused many illnesses and deaths.

She highlighted the story of Michelle, a nurse in Nova Scotia who was recently reassigned to work a nursing home and has decided live in a hotel to keep her family safe.

Tam recited a poem her three children wrote to her, calling their mother a hero and saying they don't mind sharing her with the world.

The Manitoba government is promising wage subsidies for businesses that hire students this summer.

Premier Brian Pallister says the government will pay half of eligible wages, up to $7 per hour, to a maximum of $5,000 per student aged 15-29.

Each employer can get the subsidy for a maximum of five students, and the money will be paid out after summer ends.

Pallister says the subsidy should help businesses hurt by the economic fallout of the COVID-19 pandemic.

Prime Minister Justin Trudeau is announcing significant rent relief to help businesses that can't afford to pay their landlords at a time when their operations are shut down due to the COVID-19 pandemic.

The federal help, expected to lower rent by 75 per cent for affected small businesses, will be provided in partnership with the provinces and territories, which have jurisdiction over rents.

That's the largest single-day increase in new cases so far, though the growth rate in total cases remains relatively low, at five per cent.

Long-term care deaths — which are reported in a different database that often doesn't sync up with the total provincial numbers — increased by 57 over the past day.

Nova Scotia is reporting 23 new cases of COVID-19 bringing the total number of confirmed cases to 850.

Health officials say 11 people are currently in hospital with three of those patients in intensive care.

The province reported no new deaths on Friday and has registered a total of 16 deaths.

Officials say 392 people have now recovered and their cases of COVID-19 are considered resolved.