The latest news on the COVID-19 global pandemic (all times Eastern): 8 p.m. B.C.'s provincial health officer and health minister say the best thing people can do for their mother this Mother's Day weekend is to celebrate at a safe distance.
May 8, 2020 5:15 PM By: Canadian Press 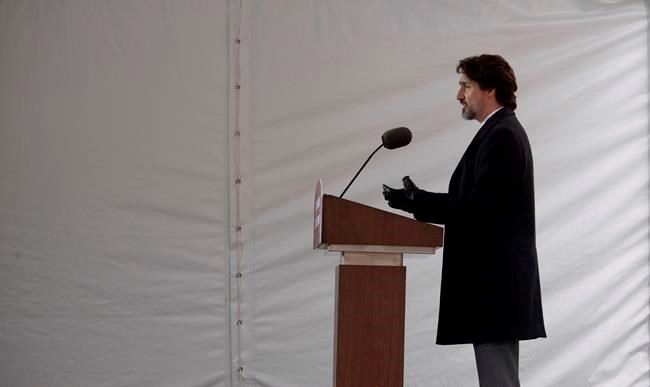 B.C.'s provincial health officer and health minister say the best thing people can do for their mother this Mother's Day weekend is to celebrate at a safe distance.

The government announced 29 new cases of COVID-19 today, bringing the total number of people who tested positive to 2,315.

There has been one more death for a total of 127 deaths.

The province says 1,579 people have recovered from the virus.

Alberta is reporting 81 new cases of COVID-19 and one additional death related to the illness.

That brings the total number of cases in the province to 6,098.

The Alberta government says it has charged a Calgary-based business with price gouging.

An investigator went to CCA Logistics Ltd. on April 1 and found several products being sold for more than their usual prices.

The items included masks, hand sanitizer, vitamin C, hand soap and Lysol spray sold at mark-ups between 100 and 400 per cent.

The Alberta government alleges CCA was ordered on April 15 to stop charging exorbitant prices for those goods, but did not comply.

Saskatchewan is reporting 13 new cases of COVID-19, with all but one of them in the northern La Loche area where officials continue to deal with a major outbreak.

The province now has a total of 544 cases of the illness.

So far six people have died and 335 have recovered.

There are currently 19 in hospital.

Nova Scotia Premier Stephen McNeil says there will be no return to school this year.

McNeil says teachers will work to complete assessments until the end of June, but students will not be returning to the classroom.

He says a decision on whether daycares will reopen will be made by June 8.

Manitoba health officials are reporting one new case of COVID-19.

The person is connected to a small cluster of seven previously announced cases at a workplace in the western part of the province.

The new case brings the total in the province to 284.

With more people recovering, the number of active cases has dropped to 30.

New Brunswick is allowing more businesses and services to open as it launches the next phase of its COVID-19 recovery plan.

Those include having an operational plan that explains how they are meeting public health guidelines including physical distancing, hand hygiene and allowing staff to remain home when ill.

Two-household "bubbles" remain in place, but now outdoor gatherings of up to 10 people are also allowed if physical distancing is respected.

Prince Edward Island now has no active cases of COVID-19.

She says as a result, members of a household can now gather indoors with up to five other people.

Other precautions, such as physical distancing, handwashing and self-isolation for anyone who has travelled in the past two weeks, remain in place.

Deputy Prime Minister Chrystia Freeland says the reopening of Canadian society following the COVID-19 pandemic will have to be very careful and gradual.

She says Canadians understand that the biggest mistake would be to squander all of their efforts to date.

She says Canada is making good progress, but there is a ways to go.

The province also announced 912 new cases, bringing the number of people infected to 36,150.

However, the number of hospitalizations was down by nine to 1,827 and the number of people being treated in intensive care was reduced by 17 to 207.

Dr. Horacio Arruda, Quebec's director of public health, is in Montreal today to talk about the plan for testing in the region hardest hit by COVID-19.

There are no new cases of COVID-19 in Newfoundland and Labrador.

There are 261 confirmed cases in the province and 244 people have recovered.

Dr. Janice Fitzgerald says people need to continue staying home as much as possible and maintain safe distances as the province begins easing some measures Monday.

The Manitoba government is lifting its one-month limit on people's prescription drug supplies.

The limit was imposed in March as a way to ensure there would be no shortage of prescription drugs during the COVID-19 pandemic.

Health Minister Cameron Friesen says as of Monday, people will be able to get prescriptions filled or refilled for 90 days, which was the previous limit.

The government is also establishing a working group with pharmacists that will look at whether some drugs should be temporarily limited in the future to 30 days due to supply shortages.

The federal government's emergency wage-subsidy program will be extended beyond its early-June endpoint.

The program covers 75 per cent of worker pay up to $847 a week to try to help employers keep employees on the job in the face of steep declines in revenue due to the COVID-19 pandemic.

Health officials say the deaths occurred at the Northwood long-term care home in Halifax, which has recorded 40 deaths as a result of an outbreak at the facility.

The province is reporting one new case of the virus today bringing the total number of confirmed cases to 1,008.

To date, there have been 32,835 negative test results, while 722 people have now recovered and their cases of COVID-19 are considered resolved.

The total represents an increase of 2.5 per cent over the previous day.