WASHINGTON — The United States has cleared the way for its long-awaited trade agreement with Canada and Mexico to go into effect July 1. The U.S.
Apr 24, 2020 3:47 PM By: Canadian Press 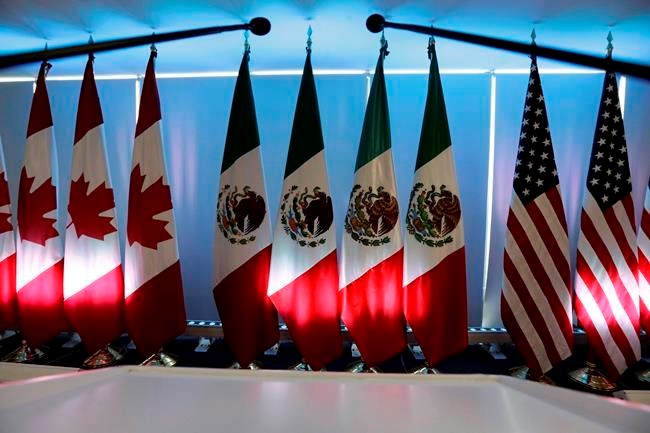 WASHINGTON — The United States has cleared the way for its long-awaited trade agreement with Canada and Mexico to go into effect July 1.

The U.S. notified its North American trading partners today that it has finished the domestic housekeeping work called for in the agreement, a step the other two countries completed earlier this month.

U.S. Trade Representative Robert Lighthizer also informed Congress that all three countries are now ready to proceed on the next step: forging so-called "uniform regulations" that will govern how the language of the deal is to be interpreted.

As a result, the current timeline will allow the deal to take effect on Canada Day.

In a statement, Lighthizer makes clear the U.S. is anxious to get the deal in place to help facilitate the American recovery from the COVID-19 pandemic.

The statement also suggests the Trump administration sees the agreement as an integral part of its strategy to repatriate the American manufacturing industry.

"The crisis and recovery from the COVID-19 pandemic demonstrates that now, more than ever, the United States should strive to increase manufacturing capacity and investment in North America," Lighthizer said.

"The USMCA's entry into force is a landmark achievement in that effort."

The implementation bill, which proved a sticking point with Democrats and even some Republicans on Capitol Hill, was passed by Congress and signed by President Donald Trump in late January.

"Very pleased that all three countries have now completed the domestic ratification process," tweeted Kirsten Hillman, Canada's ambassador to the U.S. and a key player in the 13-month negotiation process.

"This is great news for (Canada, U.S. and Mexico) and for businesses and workers across North America."

This report by The Canadian Press was first published April 24, 2020.