OTTAWA — The federal government will extend its emergency wage-subsidy program beyond its early-June endpoint as new job figures showed historic losses since COVID-19 forced an economic shutdown in March that has had a disproportionate impact on wome
May 8, 2020 1:34 PM By: Canadian Press 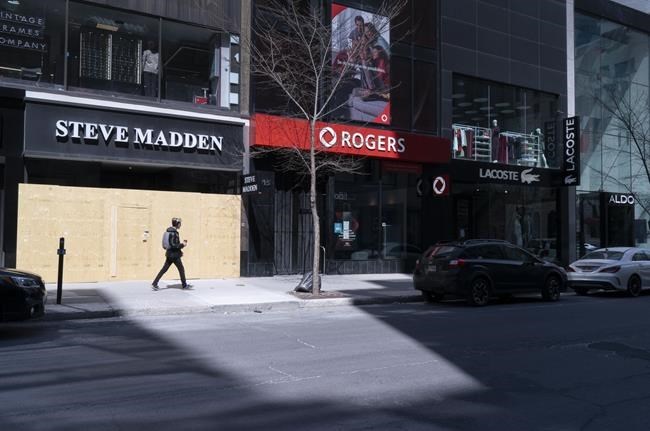 OTTAWA — The federal government will extend its emergency wage-subsidy program beyond its early-June endpoint as new job figures showed historic losses since COVID-19 forced an economic shutdown in March that has had a disproportionate impact on women, youth and newcomers.

Prime Minister Justin Trudeau said companies applying for the program have so far sought the 75-per-cent subsidy, valued at up to $847 a week per employee, to keep almost two million workers on their payrolls in the face of steep declines in revenue.

More details will come next week, but Trudeau said the aim is to help kickstart the economy and boost jobs.

Statistics Canada on Friday said the economy lost almost two million jobs in April, a record high, on top of the more than one million recorded in March, when pandemic-related restrictions forced the closure of non-essential services to slow the spread of COVID-19.

The unemployment rate soared to 13 per cent, compared with 7.8 per cent in March, marking the second-highest rate on record as job losses spread beyond the service sector to include construction and manufacturing.

The unemployment rate would have been 17.8 per cent had the agency's labour force survey counted among the unemployed the 1.1 million who stopped looking for work.

A further 2.5 million have seen their hours dramatically reduced over the last two months, many of which are in low-earning jobs.

In all, more than one-third of the labour force didn't work or had reduced hours in April, a proportion three times higher than in February before the pandemic struck.

"These numbers tell us what we already knew: that right now, Canadians are hurting because of this pandemic," Trudeau said.

"Everyone has their own story, but it all boils down to a very difficult time for a lot of people."

Women have seen larger job losses overall, but the number of men out of work in April began to close the gender gap in cumulative employment losses. Nearly all of the job losses for men since February were in full-time work, compared to 69.9 per cent for women.

The figures point to a need for policy-makers to clarify leave policies and deal with the supply of child care so mothers don't "have a very steep hill to reuniting with their employer," said Jennifer Robson, an associate professor of political management at Carleton University in Ottawa.

Trudeau, in talking about recovery spending, suggested helping workers most affected by the crisis will require funding things such affordable child care, which is a provincial responsibility. It would not only help "for potential future crises, but for business as usual as our country comes back to normal," he said.

Dan Kelly, president of the Canadian Federation of Independent Business, said extending the wage-subsidy program past the original June 6 deadline will allow more firms to rehire staff as they reopen, but face very thin revenues, making it a key part of any recovery plan.

Statistics Canada said there were 5.8 million people in April who could reasonably be expected to return to their jobs when restrictions lifted.

Officials are watching to see how many workers the $73-billion wage subsidy pulls back to employers and away from the $35 billion Canada Emergency Response Benefit. The latest federal figures posted Friday show 7.76 million people have received just over $29 billion through the CERB.

About about six in 10 applicants for the CERB were between 25 and 54 years old, Statistics Canada said, with an overall split between men and women. Applicants were more likely to come from households with problems paying bills than those who found it easy to cover costs.

The 16-week benefit would run out in July for the first wave of applicants.

Absent large bumps in employment, millions who can't qualify for employment insurance would be without income, and those who do qualify would overwhelm the decades-old safety net program, said David Macdonald, senior economist with the Canadian Centre for Policy Alternatives.

"Maybe that means an extension of the emergency benefit," he said. "What it should mean is a redesign of the employment insurance system so that we've got a more modern EI system that is sustainable over the long-term."

In the short-term, the government should make the CERB more generous and flexible so no one is worse off picking up a shift as businesses start to reopen, said Conservative employment critic Dan Albas.

Job losses in April were spread across all provinces. Leading the way was Quebec with an unemployment rate of 17 per cent, the highest rate for the province in over more than four decades of comparable data.

BMO chief economist Douglas Porter said the country may yet record small job losses in May, but April's unemployment numbers mean Canada is close to, or past, the worst of it.

"We took an elevator ride down for the economy. It's going to be a staircase back up," Porter said. "It will take time, and possibly a long time, to get all the way back to where we were before the virus hit."

Young Syrian refugee gives back to Quebec by working at long-term care home
Jul 5, 2020 8:22 AM
Comments
We welcome your feedback and encourage you to share your thoughts. We ask that you be respectful of others and their points of view, refrain from personal attacks and stay on topic. To learn about our commenting policies and how we moderate, please read our Community Guidelines.