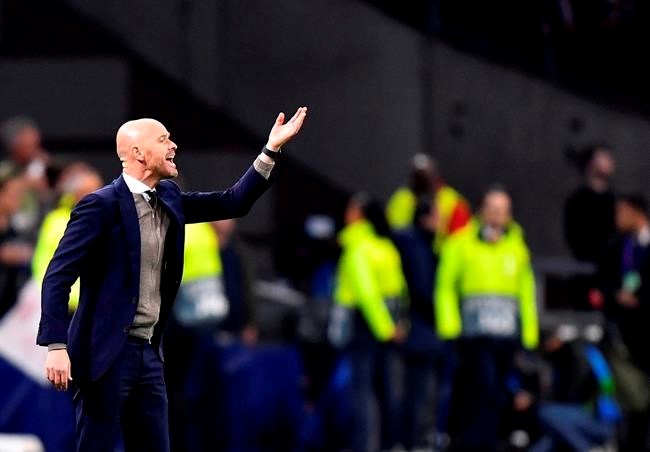 On a night when former European champions Porto and Celtic were both knocked out, Ajax faced elimination when its former youth player Diego Biseswar scored for PAOK in the 23rd minute to put the Greek team 3-2 ahead on aggregate.

Biseswar scored again in stoppage time for PAOK to again put Ajax in danger, but the Dutch champion held on to win. PAOK's players and staff surrounded the referee to protest after the final whistle.

"It was a tough evening. I'm glad we got there in the end, but don't ask me how," Ajax midfielder Donny van de Beek said. "It's a very tough team to play against."

In the playoff round, the last stage of qualifying, Ajax faces a likely easier task against APOEL of Cyprus, which beat Azerbaijan's Qarabag 3-2 on aggregate.

The fact that Ajax even had to play qualifying prompted debate over UEFA's rules, which tend to less-storied teams from big countries over high achievers from smaller nations.

Ajax's place in the qualifying rounds was down to the Dutch league's low ranking, despite its heroics last season. By contrast, Italy's strong record means Atalanta gets a Champions League group stage spot despite never having played in the competition before.

Elsewhere, Porto was beaten on away goals by Russia's FC Krasnodar after conceding three in the first half. At 3-3 on aggregate, the Portuguese team threw players forward in search of a winning goal, but dogged defending kept the Russians ahead. They will face Olympiacos for a place in the group stage.

Romania's CFR Cluj scored two late goals against Celtic to win 4-3 on the night and 5-4 on aggregate following after a tense game in Glasgow, while former champion Red Star Belgrade came through a marathon penalty shootout after a 2-2 aggregate draw.

Dallas beats Tampa Bay 4-1 to take opening game of Stanley Cup final
Sep 19, 2020 8:09 PM
Comments
We welcome your feedback and encourage you to share your thoughts. We ask that you be respectful of others and their points of view, refrain from personal attacks and stay on topic. To learn about our commenting policies and how we moderate, please read our Community Guidelines.