Canadian international Mark-Anthony Kaye has been elected to the Major League Soccer Players Association executive board.
Jan 15, 2021 7:44 AM By: Canadian Press 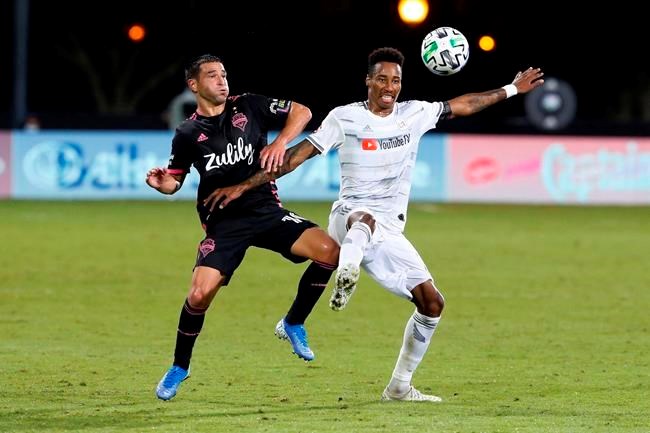 Canadian international Mark-Anthony Kaye has been elected to the Major League Soccer Players Association executive board.

The 26-year-old Los Angeles FC midfielder, along with Jalil Anibaba (Nashville SC) and Victor Ulloa (Inter Miami CF), was elected to a three-year term. The executive board serves as the decision- and policy-making body of the Players Association with its members serving as the MLSPA’s chief officers.

“The leadership and hard work of our executive board members, both past and present, has made the MLSPA into what it is today,” MLSPA executive director Bob Foose said in a statement. “I want to congratulate our newest board members, and those who are returning, and thank them for their commitment to serving their fellow players and continuing to grow and improve the MLSPA."

The MLS and MLSPA are currently at loggerheads over the league's decision to trigger a "force majeure" clause in the collective bargaining agreement to reopen negotiations on the CBA signed in January 2019.

The league has said it lost nearly US$1 billion last season due to the global pandemic.

This report by The Canadian Press was first published Jan. 15. 2021