TORONTO — After a whirlwind few days was capped with the postponement of the Tokyo Games until 2021, CBC Sports & Olympics executive director Chris Wilson can breathe a little easier.
Mar 25, 2020 2:24 PM By: Canadian Press 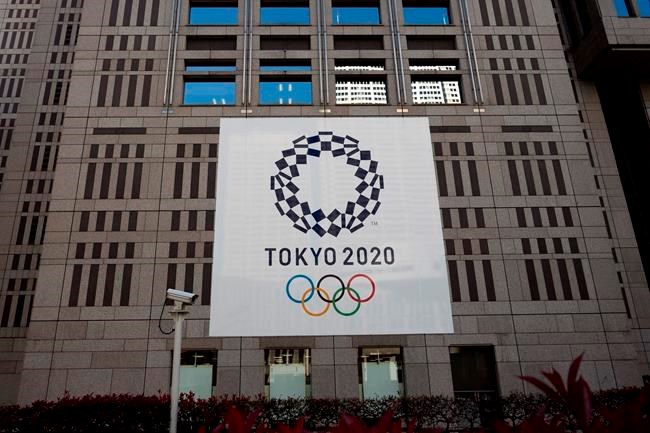 TORONTO — After a whirlwind few days was capped with the postponement of the Tokyo Games until 2021, CBC Sports & Olympics executive director Chris Wilson can breathe a little easier.

Instead of trying to plan for a massive event with the timing seemingly up in the air, Wilson can now adjust preparations accordingly as the Canadian rightsholder knowing the Games won't happen this year.

"I think we're all grateful for a little certainty, that's probably the No. 1 thing," Wilson said Wednesday. "It was really remarkable from Sunday morning on just how quickly things were changing."

The COVID-19 pandemic has essentially shut down the sports calendar for several weeks. Despite robust concern from several corners, the International Olympic Committee originally held firm to its July 24 start date for the Games.

Several prominent athletes and federations started making their voices heard last week. The Canadian Olympic Committee went so far as to announce Sunday night that it wouldn't send athletes to the Games this summer due to COVID-19 risks.

The IOC finally blinked to mounting pressure on Tuesday and pushed the Games to next year. No dates have been finalized, but similar summer weeks are a good bet.

For Wilson, it allows the CBC to at least begin working on potential timelines.

"Now the planning that we can do is a little more concrete," he said. "There's still tons of questions and tons of answers that we've yet to find out. But in general, I think we're all of the understanding that this is best for public health everywhere."

The developments also eliminated the bizarre but possible scenario of the CBC broadcasting the Olympics without the participation of Canadian athletes.

Broadcast time devoted to the Games — from July 24-Aug. 9 for the Olympics and Aug. 25-Sept. 6 for the Paralympics — will have to be rescheduled.

The CBC also broadcasts and streams a variety of world championships and amateur sports ahead of the Games. Those plans will also need to be sorted once the sports calendar eventually returns to normal.

Sponsorship and advertising buys may also need adjustment because of the postponement. Wilson said the CBC's sales and marketing team has been in "constant contact with our partners."

"Like every part of this, it's going to be complex," he said. "But I think in general, the partners have been amazing. So many of those partners are involved in the Olympic movement across the country and around the globe.

"So we're expecting that we're going to have a positive transition to 2021 and we're going to work with our partners to give them an even bigger platform when it comes around."

There are also issues like hotel block bookings, travel and vendor bookings to sort out.

In addition, plenty of pre-Olympic content had also been generated by the network. Many features were started but most will likely need an update if they can be salvaged.

"It's a big, monstrous challenge but I think we're all looking forward to digging into it because of the uncertainty we've had for a while now," Wilson said. "Now we're excited to get into the actuality of it once we know more."

The IOC has said a task force that includes Japanese officials will examine new dates for the Games.

The last line of the news release on the postponement said the Games will keep the name "Olympic and Paralympic Games Tokyo 2020" even though the event will happen in 2021.

Wilson likes the idea of maintaining 2020 branding for CBC purposes as well, adding he thinks the IOC made a wise decision even if some marketing agencies might disagree.

"Hopefully it'll be a reminder of what we've conquered and what as a society we've made it through," he said. "I think that was the right call."

This report by The Canadian Press was first published March 25, 2020.

Canadian international Quinn hopes to start conversation, help young trans folk
Sep 23, 2020 12:51 PM
Toronto's Diez closes in on French Open berth with qualifying win over Eubanks
Sep 23, 2020 10:05 AM
Comments
We welcome your feedback and encourage you to share your thoughts. We ask that you be respectful of others and their points of view, refrain from personal attacks and stay on topic. To learn about our commenting policies and how we moderate, please read our Community Guidelines.