Column: What's in a name? Stubborn Snyder about to find out

Try to think of a more deserving guy in all of sports than Dan Snyder to get his name-change plans caught in a vise. Go ahead, we’ll wait.
Jul 14, 2020 7:12 AM By: Canadian Press 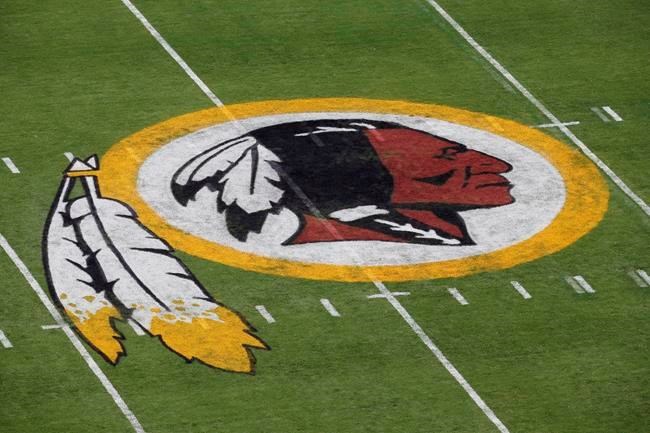 Try to think of a more deserving guy in all of sports than Dan Snyder to get his name-change plans caught in a vise. Go ahead, we’ll wait.

In the meantime, let’s all this quote from the owner of the Washington NFL franchise formerly-known-as-the … (which was precisely the problem) the last time Native American advocates lobbied for a name change:

Turns out six years later, Snyder HAD to because the sponsors who line his pockets could squeeze him in a way that the Native Americans appealing to his sense of decency for nearly two decades never could. Gone for good are the polarizing name, mascot, logo, fight song, signage, etc. — good riddance — and then there’s this intriguing extra bit of consolation: Snyder’s name-changing headaches might be far from over.

The team’s statement on officially retiring the Redskins name didn’t include a replacement because, according to a handful of news outlets, Snyder’s preferred choice (or choices) might spark a trademark fight. And it could be a doozy.

While Snyder dithered and the internet buzzed with suggestions for Washington’s new name, a handful of visionaries rolled up their sleeves, fired up their keyboards and filed applications with the U.S. Patent and Trademark Office for many of the most popular ones. The earliest adopter might be Philip Martin McCaulay, an author and actuary from Alexandria, Virginia, who staked claim to several candidates back in 2015 and now has registered more than a dozen — including Americans, Warriors, Federals, Red Tails and Red-Tailed Hawks, the latter two an homage to the Tuskegee Airmen from World War II.

But McCaulay isn’t alone anymore. In the last week or so, a handful of others have tried to snatch Braves, War Hogs, Potomacs, Veterans and Monuments, among others. And while no one had attempted to register the Washington Presidents as of Sunday, the actual president in Washington insisted that any replacement a shameful retreat.

“They name teams out of STRENGTH, not weakness,” President Donald Trump tweeted a week ago, including baseball’s Cleveland Indians in the short diatribe. “Two fabled sports franchises, look like they are going to be changing their names in order to be politically correct.”

It’s a safe bet Snyder feels the same way, though for once he's holding his tongue. When Native Americans mounted a pressure campaign in 2013, Snyder hired a battery of PR experts and created the Washington Redskins Original Americans Foundation to deflect criticism. There was too much momentum to dodge the issue this time.

Snyder’s next move is hard to predict. But like some billionaires, he likes to file lawsuits. He sued sports writer Dave McKenna and the Washington City Paper in 2011 for a lengthy, unflattering profile, perhaps because printing his record (142-193-1 and 2-5 in the playoffs through last season) would have been unflattering enough. Snyder even sued one of his own season ticket holders who couldn’t pony up for seats during the last recession.

Snyder hasn’t asked for my advice, but here it is anyway: Turn off the lights in your home office, put a cold, damp towel across your forehead and definitely do not call Commissioner Roger Goodell for advice; at a minimum, don’t decide anything for at least a month (then sell the team; just kidding).

But people who’ve managed rebranding campaigns for colleges generally figure on an 18-to-24-month timeline. Several recommended keeping the traditional gold and burgundy and playing next season known simply as Washington Football, rather than rush into anything the organization might regret. A quick change can be jarring to fans, and obtaining the trademark for a new name, then re-designing, licensing and getting everything from new uniforms to T-shirts and onesies into production isn’t an overnight job.

If further proof was needed, the team’s Monday announcement featured the old letterhead, with the Redskins name and logo prominently displayed on top.

On top of that, long-term planning was never Snyder’s strong suit. Current seat warmer Ron Rivera is the ninth head coach he’s hired since buying the team from Jack Kent Cooke’s estate back in 1999. Small wonder — Washington has burned through 21 starting quarterbacks over that same stretch.

So it should have come as no surprise to find out that Snyder had no Plan B. But at least he won’t have to look far or wide to find somebody to blame. All Snyder has to do is read the name on the signature line of all those checks stampeding out the door in the coming months.

Njoo positive about talks with CFL but cannot provide timeline for decision
Aug 14, 2020 11:53 AM
Comments
We welcome your feedback and encourage you to share your thoughts. We ask that you be respectful of others and their points of view, refrain from personal attacks and stay on topic. To learn about our commenting policies and how we moderate, please read our Community Guidelines.