OTTAWA — The Ottawa Senators' busy off-season continued Wednesday with the signing of forward Alex Galchenyuk. The one-year deal is worth US$1.05 million.
Oct 28, 2020 12:57 PM By: Canadian Press 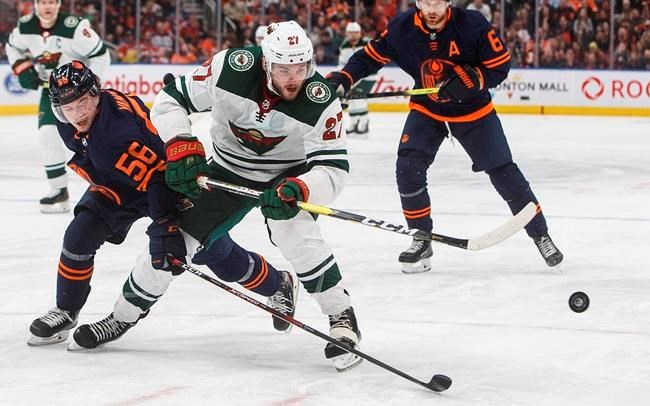 The 26-year-old Galchenyuk was an unrestricted free agent after splitting last year between Pittsburgh and Minnesota. He had eight goals and 16 assists over 59 regular-season games in 2019-20, and was held without a point in four post-season appearances with the Wild.

The Senators are Galchenyuk's fifth team since June 2018.

Born in Milwaukee to Belarusian parents, Galchenyuk was selected third overall by Montreal in the 2012 NHL draft.

He spent his first six NHL seasons with the Canadiens, putting up career highs with 30 goals and 56 points in 2015-16.

He was traded to Arizona for Max Domi in June 2018. After one season with the Coyotes, he was shipped to Pittsburgh in the deal that sent Phil Kessel to Arizona.

His tenure in Pittsburgh lasted 45 games before he was sent to the Wild, along with Calen Addison and a conditional round first-round pick in 2021, for forward Jason Zucker.

This report by The Canadian Press was first published Oct. 28, 2020.