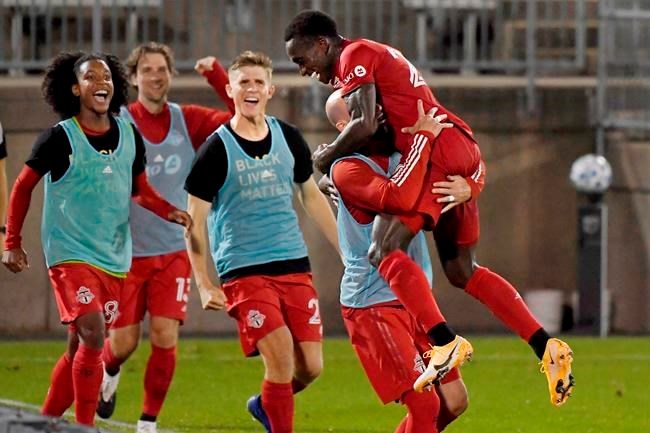 Canada Soccer says it marks the first time that Canadians have won the awards for the same week.

Schmidt, a 32-year-old from Abbotsford, B.C., scored from the penalty spot, had an assist and played a role in Houston's third goal Saturday in a 3-1 win over the Orlando Pride. It was the Dash's first home match in 367 days.

The 25-year-old from Toronto had a hand in TFC's first two goals Sunday and then scored on a brilliant solo effort in the 76th minute, dancing past two defenders before firing home a shot from a tight angle.

It was the first of six regular-season contests for Toronto at Pratt & Whitney Stadium at Rentschler Field. All three Canadian teams have been forced to find a pandemic home away from home because of travel restrictions barring U.S. clubs from crossing the border.

This report by The Canadian Press was first published Sept. 28, 2020.

Ottawa Senators sign forward Chris Tierney to two-year deal, avoiding arbitration
Oct 27, 2020 11:02 AM
World champion Coleman banned 2 yrs; to miss Tokyo Olympics
Oct 27, 2020 11:00 AM
Canadian cyclist Michael Woods wins Stage 7 of Spanish Vuelta
Oct 27, 2020 10:10 AM
Comments
We welcome your feedback and encourage you to share your thoughts. We ask that you be respectful of others and their points of view, refrain from personal attacks and stay on topic. To learn about our commenting policies and how we moderate, please read our Community Guidelines.