COLUMBIA, Mo. — Vanderbilt’s Sarah Fuller became the first woman to participate in a Power Five conference football game when she kicked off to start the second half against Missouri on Saturday.
Nov 28, 2020 11:29 AM By: Canadian Press 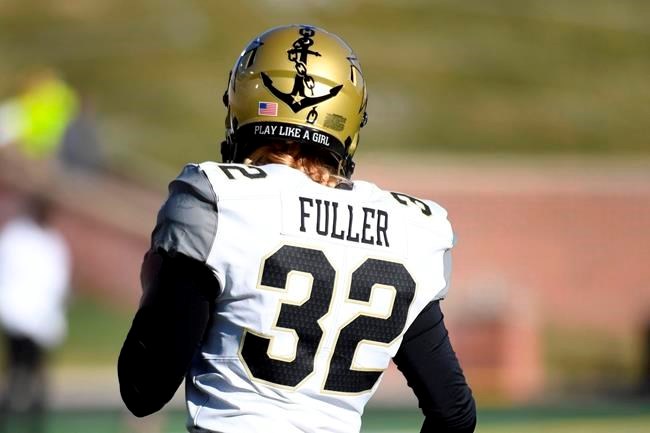 COLUMBIA, Mo. — Vanderbilt’s Sarah Fuller became the first woman to participate in a Power Five conference football game when she kicked off to start the second half against Missouri on Saturday.

Fuller kicked off the turf with a holder rather than using a tee, and she sent a low kick to the 35-yard line where it was pounced on by Missouri’s Mason Pack. Fuller didn’t get any opportunities in the first half as the Tigers opened a 21-0 lead over the Commodores.

Fuller, a senior goalkeeper on the Vanderbilt soccer team, joined the football team this week after helping the Commodores win the Southeastern Conference Tournament last weekend. COVID-19 protocols and restrictions left Vandy football coach Derek Mason with a limited number of specialists available against Missouri. Mason reached out to soccer coach Darren Ambrose for some help.

Fuller agreed to give football a try and practiced with the winless Commodores before making the trip to Missouri. She wore “Play Like A Girl” on the back of her helmet.

No woman had appeared in an SEC football game or for any Power Five team. Liz Heaston became the first woman to score with two extra points for Willamette in NAIA on Oct. 18, 1997.

Katie Hnida was the first woman to score at the Football Bowl Subdivision level with two extra points for New Mexico on Aug. 30, 2003.

April Goss was the second with an extra point for Kent State in 2015. Tonya Butler was the first woman to kick a field goal in an NCAA game for Division II West Alabama on Sept. 13, 2003.

“Let’s make history,” she wrote Friday on Twitter with a photo of herself wearing a football jersey with a soccer ball between her feet while holding a football in her hands.