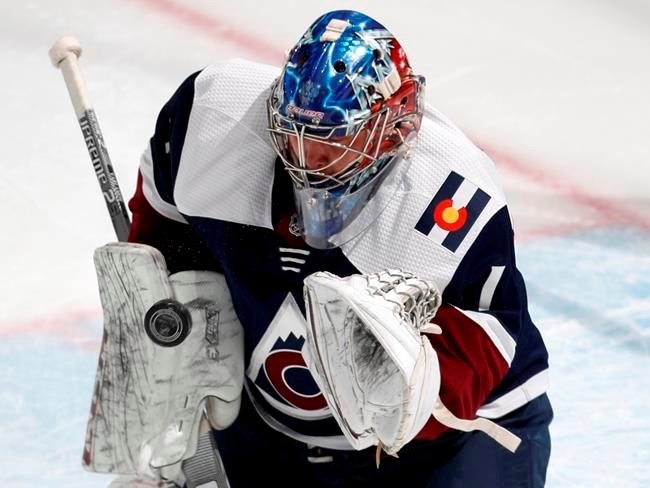 Varlamov went 3-0-and-0 with a 1.34 goals-against average, .964 save percentage and one shutout to help the Avalanche post four straight wins and move within one point of the final playoff spot in the Western Conference.

Barkov registered multiple points in all three of his games, totalling three goals and four assists to propel the Panthers to a pair of wins.

Bobrovsky stopped 77 of the 80 shots he faced, including all 48 he saw over his final two starts, to help the Blue Jackets split their four games and regain third place in the Metropolitan Division.

He turned aside 22 shots in a 3-0 win over Ottawa on Friday and 26 attempts in a 4-0 victory against San Jose on Saturday.

UFC boss says light-heavyweight champion Jon Jones will determine his own future
Jun 1, 2020 2:25 PM
Comments
We welcome your feedback and encourage you to share your thoughts. We ask that you be respectful of others and their points of view, refrain from personal attacks and stay on topic. To learn about our commenting policies and how we moderate, please read our Community Guidelines.