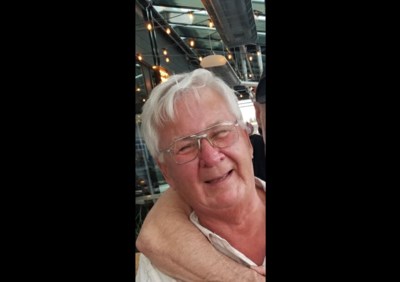 Elroy was pre-deceased by his father Joseph, his mother Leona, his wife Susanne and his daughter Nola. Elroy is survived by his loving partner Barbara Robin, his sons Quentin (Manon) and Jeremy (Jennifer) and five grandchildren, Kelsey, Parker, Leah, Alexxa and Naomi, his sisters, Shirley and Linda and his brother, Ronald. Elroy leaves behind numerous family members and friends including his lifelong friends, Gilbert (Giff) and Marjorie Rahier.

Elroy Joseph Sovic was a long-time resident of Prince George, having moved to the city with his parents and siblings as a young boy in the early 1950’s. Prince George was a wonderful place to grow up, full of freedom and possibilities and Elroy quickly formed friendships that lasted a lifetime. He started work in the forest industry when he was only 12, cutting ties at Telachick, setting chokers and working at Ferguson Lake Sawmills for the late Ivor Killy. Over time Elroy became the Logging Superintendent for Lakeland Mills Ltd. where he was highly regarded for his people skills and road building knowledge. He was employed at Lakeland until his retirement in 2007

In his early 20’s Elroy began travelling to Europe and discovered Sieges, Spain, returning to the seaside community every spring during breakup for several years. His adventures from his life and travels were the fuel for many entertaining stories.

Elroy met the love of his life, Susanne Gordon, in the early 1970s and they were married in 1977. They were a team to be reckoned with, raising their children at their home on 2nd Avenue. Elroy loved being a father, uncle and grandfather. Every spring breakup, he and Susanne took their children to Disneyland, Arizona, Mexico, Hawaii, Florida and many places in between. Often, their niece, Natasha, would be included in their travels.

Elroy always had the ability to see the good in almost everything. He was an eternal optimist. We will miss his love of life, his boisterous laugh and wonderful sense of humour.

In respect of Elroy’s wishes there will be no service. His remains will be laid to rest with his parents in the Prince George Cemetery.

God Bless Us All.

In lieu of flowers donations to the Wheelin’ Warriors of the North (Quentin Gordon), Ride to Conquer Cancer, would be greatly appreciated.

Condolences may be offered at www.AssmansFuneralChapel.com.