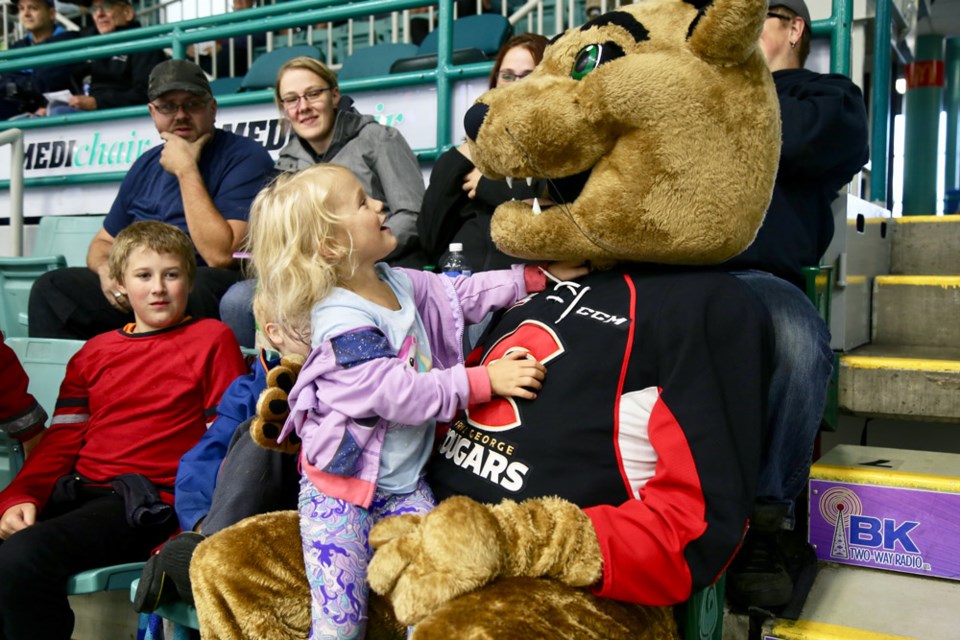 Hockey is the sport that binds us together and gives our country something to root for. Photo - Supplied

It’s not just a game for sports fans or parents who want to keep their kids busy on weekends. It is supposed to be the sport that binds us together, that gives our country something to root for.

But has everyone felt welcome in a hockey arena?

That’s the question that the senior management staff of the Prince George Cougars has been asking themselves.

“We realized that as the top level of sports entertainment in Northern British Columbia, we have responsibility, and even an obligation, to ensure we are serving the entire community and making sure we are providing leadership so that everyone feels welcome at our games,” says Andy Beesley, Vice-President, Business for EDGEPRo Sports and Entertainment, the owners of the WHL major junior ice hockey team.

The first thing the management focused on was dramatically restructuring ticket prices so that cost was less of a barrier. As a result, more young families and people on tight budgets are experiencing the thrill of watching the fast-paced action.

Next, management approached the Prince George Pride Society. “We willingly accepted the fact that hockey has not always been as friendly as it could be to the Pride community,” Beesley says. “As a team, we wanted to take a dramatic step and officially say we embrace and want to be inclusive of all communities.”

Traditionally, hockey players have not always been open to LGBTQ issues. But management discovered that times have really changed. Coaches and players immediately said “Of course. Why wouldn’t we support it?”

And so Pride Night was born — and will become an annual event. As a symbolic gesture, players wrapped their hockey sticks with rainbow tape to let fans know they weren’t shy about standing up for the Pride community.

Focus turned to helping people on the autism spectrum who weren’t coming to the CN Centre because of sensory overload — the sounds, smells and boisterous crowds. Working with the Autism Society BC North, the team paid for sensory kits that include very specific anti-glare sunglasses, noise-cancelling headphones, stress balls and fidget spinners. As well, people with autism are invited for a thorough orientation of what to expect on game night.

Like the rest of the Cougars team, Beesley is proud of what they’ve been able to accomplish but acknowledges there’s still lots to be done. “We don’t care if it’s one person or 10,000 people; we want everyone to experience the same things the rest of us can take for granted.”

To learn more about the Prince George Cougars and their inclusion goal, visit their website at www.pgcougars.com.