Elected officials dine out after urging others to stay home 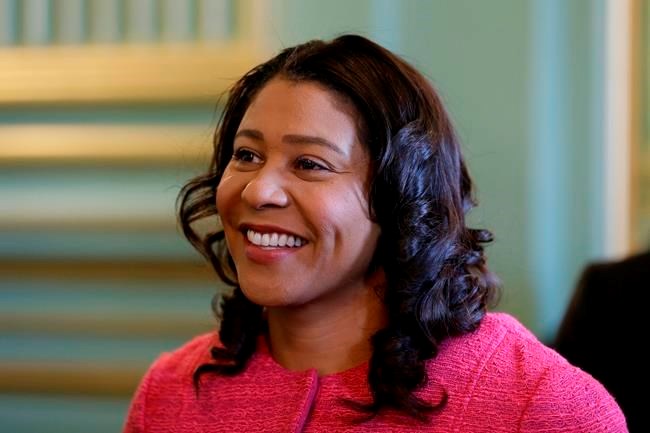 All three local officials were on the hot seat Tuesday after various reports that they violated rules aimed at controlling the spread of the coronavirus — or at a minimum, violating the spirit of the rules as they repeatedly urged others to stay home.

Breed joined seven others at the three Michelin-starred French Laundry on Nov. 7 to celebrate the 60th birthday of socialite Gorretti Lo Lui, the mayor's spokesman confirmed to the San Francisco Chronicle. She dined in the same kind of partially enclosed indoor/outdoor room Gov. Gavin Newsom celebrated in a day earlier.

Newsom, who has appealed to Californians to “do your part" and stay home, apologized when the 12-person dinner was reported, then again when photos emerged showing him, his wife and others sitting close together at the same table without masks.

Breed's spokesman, Jeff Cretan, called the mayor's French Laundry dinner a “small family birthday dinner." He did not immediately respond to a telephone message Tuesday inquiring whether the dinner involved more than three different households, which are prohibited under the state's rules.

Before the Chronicle's story was posted Tuesday, Breed thanked residents for doing their part by limiting contact with others, saying on a live stream that “as someone who basically lives alone, it’s been a tough year for me personally."

Earlier in the day, Liccardo apologized for attending a Thanksgiving get-together at his parents' home that included people from five different households.

“I apologize for my decision to gather contrary to state rules, by attending this Thanksgiving meal with my family," Liccardo said in a statement. “I understand my obligation as a public official to provide exemplary compliance with the public health orders, and certainly not to ignore them. I commit to do better.”

Liccardo said there were eight members from five different households and that they all dined outside at separate tables on the back patio, wearing masks when they were not eating.

The outing was first reported by KNTV in San Jose.

A day earlier, Liccardo tweeted that cases were spiking because people were letting their guard down with family members and friends. “Let’s cancel the big gatherings this year and focus on keeping each other safe," he wrote.

Kuehl was seen eating outside on Nov. 24 at Il Forno Trattoria near her home in Santa Monica, the station reported. Earlier in the day, Kuehl was among the supervisors who voted 3 to 2 to prohibit outdoor dining in Los Angeles County. Indoor dining has been banned for months during the pandemic.

“She did dine al fresco at Il Forno on the very last day it was permissible," Kuehl’s office said in a statement Monday. "She loves Il Forno, has been saddened to see it, like so many restaurants, suffer from a decline in revenue. She ate there, taking appropriate precautions, and sadly will not dine there again until our Public Health Orders permit."

Los Angeles County imposed a new stay-at-home order for its 10 million residents effective this week as coronavirus cases surge across the state and country.

During last week's Board of Supervisors meeting, Kuehl referred to outside dining as “a most dangerous situation” because of the possibility of virus transmission among unmasked patrons.

“This is a serious health emergency and we must take it seriously,” Kuehl said.