The man who tried to assassinate President Ronald Reagan can now publicly display his writings, artwork and music, a federal judge ruled Wednesday. John Hinckley has long considered himself to be a musician and an artist.
Oct 28, 2020 6:08 PM By: Canadian Press 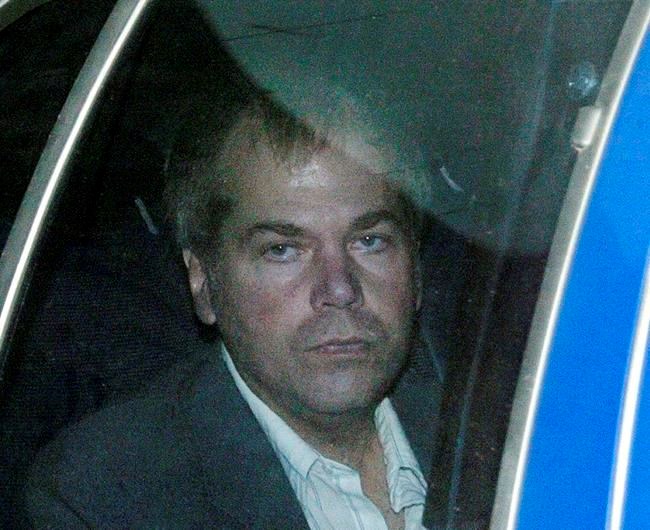 The man who tried to assassinate President Ronald Reagan can now publicly display his writings, artwork and music, a federal judge ruled Wednesday.

John Hinckley has long considered himself to be a musician and an artist. He paints and plays the guitar and has been involved in both pursuits as part of his therapy.

Hinckley has anonymously displayed his artwork. But he can now do so under his own name, according to an order from U.S. District Judge Paul L. Friedman.

Hinckley, who shot and wounded Reagan in 1981, must inform his treatment team of his plans to display his works. And his doctors will help him process any feedback he receives while documenting those discussions.

Hinckley was 25 when he shot Reagan in March 1981. The shooting also paralyzed press secretary James Brady and injured two others. Hinckley was suffering from acute psychosis and was obsessed with the actress Jodie Foster.

When jurors found him not guilty by reason of insanity, they said he needed treatment, not a lifetime in confinement. He spent decades living at a psychiatric hospital before gradually spending more and more time with his mother in Williamsburg, Virginia. He moved in with her permanently in 2016.

Wednesday's order was agreed upon by Hinckley's lawyer and federal prosecutors after a new risk assessment of Hinckley's mental health was recently completed.

Barry Levine, who represents Hinckley, said at a September court hearing that Hinckley should eventually be granted unconditional release. Levine said that doctors have found that Hinckley “has sufficiently recovered his sanity and will not, in the reasonable future, be a danger to himself or others.”

But Wednesday's order left many restrictions in place. For instance, Hinckley is still barred from owning a gun. And he's not allowed to contact Foster or members of the Reagan and Brady families.

There was also a question at last month's court hearing about whether Hinckley can make money from his art. Prosecutors had cited a 1995 civil settlement that involved Hinckley and any financial benefits from his name or story. But details of the settlement were not disclosed.

But Levine told The Associated Press on Wednesday that “the civil settlement does not bar the sale of any” of Hinckley's works.

“A lot of people think he has a lot of talents,” Levine said. “And now for the first time his talent will be shown under his own name. And we'll see what it will fetch.”

Hinckley has told doctors over the years that he regrets not being able to show or sell his paintings, most of which are landscapes, according to previously filed court documents.

Around the time that then-Congresswoman Gabrielle Giffords was shot in January 2011, Hinckley told one of his doctors: “Wow. Is that how people see me?” Then he vented frustration about being unable to change the public’s perception.

“I don’t have a microphone in my hand. I don’t have the video camera. So no one can hear my music. No one can see my art. I have these other aspects of my life that no one knows about. I’m an artist. I’m a musician. Nobody knows that. They just see me as the guy who tried to kill Reagan,” he said.