KABUL — At least two members of an Afghan militia opened fire on their fellow militiamen in the western Herat province, killing 12, in what provincial police on Saturday described as an insider attack.
Jan 16, 2021 2:26 AM By: Canadian Press 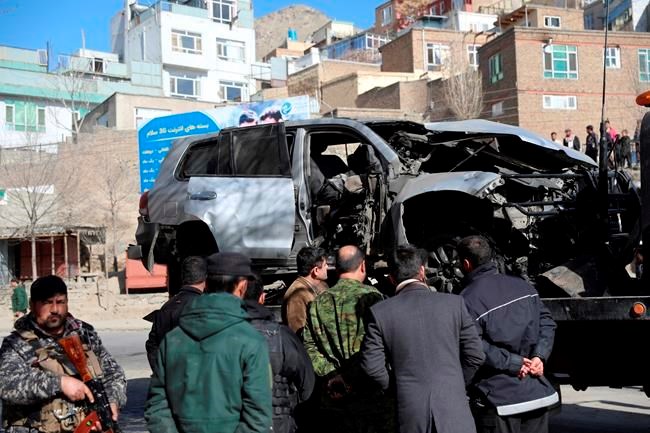 KABUL — At least two members of an Afghan militia opened fire on their fellow militiamen in the western Herat province, killing 12, in what provincial police on Saturday described as an insider attack.

A Taliban spokesman Yousaf Ahmadi in a tweet claimed responsibility for the insider attack, which took place late Friday.

Faramarz did not specify the identities of the casualties. However, two members of the Afghan police force, speaking on condition of anonymity because they were not authorized to brief the media, said Kabul's deputy police chief Mawlana Bayan was wounded in the attack.

No one immediately claimed responsibility for the bombing in Kabul.

Also in Kandahar province, a suicide car bomber and multiple gunmen attacked an auto workshop belonging to the Afghan intelligence agency on Saturday but inflicted no casualties, provincial governor Rohullah Khanzada said. He said at least four attackers were killed and that an operation to clear the workshop compound was ongoing.

No one immediately claimed responsibility for the attacks in Helmand and Kandahar.

The violence comes as the representatives of the Taliban and the Afghan government earlier this month resumed peace talks in Qatar. However, the negotiations were off to a slow start as the insurgents continue their attacks on Afghan government forces while keeping their promise not to attack U.S. and NATO troops.

The stop-and-go talks are aimed at ending decades of relentless conflict. Frustration and fear have grown over the recent spike in violence, and both sides blame one another.

There has also been growing doubt lately over a U.S.-Taliban deal brokered by outgoing President Donald Trump’s administration. That accord was signed last February. Under the deal, an accelerated withdrawal of U.S. troops ordered by Trump means that just 2,500 American soldiers will still be in Afghanistan when President-elect Joe Biden takes office on Jan. 20.